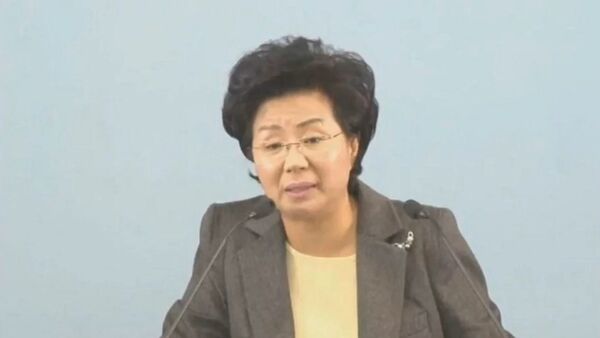 Christian-inspired cults have been on the rise in South Korea where almost half the population is Protestant or Roman Catholic.

The leader of a South Korean doomsday cult has been arrested for allegedly holding some 400 followers captive in Fiji and subjecting them to violence and barbaric rituals, media reports said Wednesday.

Shin Ok-ju reportedly encouraged her followers to found a new colony in faraway Fiji in 2014, by prophesying a disastrous famine that was allegedly looming over the Korean Peninsula. She later forced them to take part in ritual beatings that left one member with brain damage, South Korea’s Christian Daily reported.

'They Are A Threat': Japanese Death Gas Cult's Successors Hiding In Plain Sight
According to the newspaper, Shin Ok-ju is being questioned following allegations that she had confiscated the passports of the 400 members of her flock and prevented them from leaving the 83-acre compound in Fiji where they lived communally under the watchful eye of handpicked “guardians.”

Shin is also being questioned about a church ritual in which followers were allegedly forced to beat each other until they were bloodied or became “target of God’s punishment.”

The Korean Times cited a former member of Shin’s congregation as saying that a boy had been forced to hit his father more than 100 times as part of the ritual, while another follower suffered brain damage as a result of the beatings.

Some followers who escaped the farm told journalists that those who tried to leave the church were subjected to severe public beatings known as "ground thrashings".

Followers of what South Korean religious leaders have condemned as “heretical” and local media describes as a “cult” were reportedly encouraged to give up their studies or jobs to follow Shin’s teachings, while others left their families or got divorced in order to move to Fiji.

“This is not the inner problem of a religion; it is an anti-human, fraudulent pilgrimage by a fraudulent group,” a former member of Shin’s flock said.

Shin Ok-ju and three senior members of the Grace Road Church were arrested after landing at Incheon Airport in South Korea on Saturday.

This is not the first time Shin that has been in trouble with the law. She was sued for $6 million in 2014 in Brooklyn bya 27-year-old mentally ill man after she tried to cure his schizophrenia with prayer.

The man was bound with duct tape during the ritual and ultimately had to have his leg amputated. His condition worsened as a result and he had to live in a nursing home, the New York Daily News reported at the time.

Religious cults have been mushrooming in South Korea where a cult leader who claimed to be the messiah was arrested in May in Seoul for raping at least seven female members of his congregation.