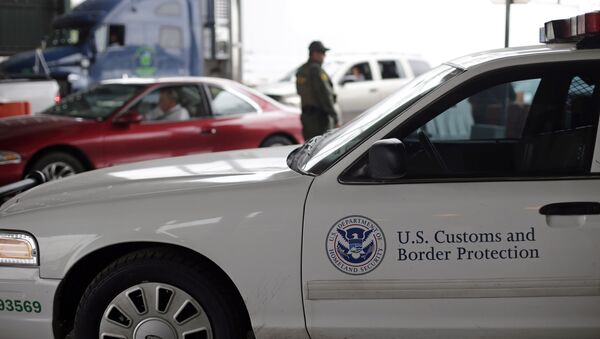 WASHINGTON (Sputnik) - US President Donald Trump said in a statement on Tuesday that shutting down the federal government is a small price to pay for border security.

"I don’t care what the political ramifications are, our immigration laws and border security have been a complete and total disaster for decades, and there is no way that the Democrats will allow it to be fixed without a Government Shutdown," Trump said in a Twitter message.

As the president noted, the government shutdown was "a very small price to pay for a safe and Prosperous America!"

Will Trump Shut Down the Government Over Immigration and 'The Wall'?
At a press conference on Monday and in a Twitter message on Sunday, Trump also said he would have no problem shutting down the government in order to get a deal on border security and stressed that he wanted money for a wall, as well the elimination of the visa lottery program, catch and release and chain migration.

Earlier on Tuesday, media reports suggested Trump had backed off his call for a shutdown, and Congressional lawmakers said they did not believe a shutdown would happen before the midterm elections in November.