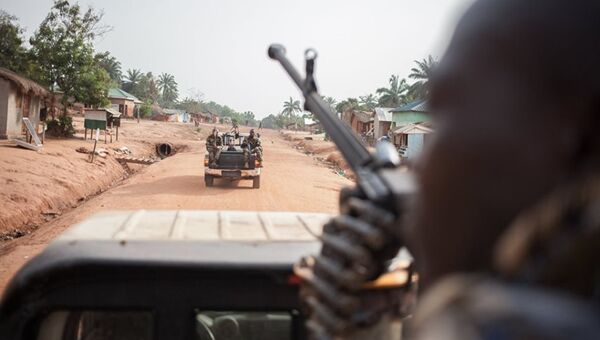 According to the Russian Foreign Ministry, citing the passports of the victims, the three Russian nationals who were found dead in a bullet-riddled car in the Central African Republic (CAR) have been identified as Orkhan Dzhemal, Kirill Radchenko and Alexander Rastorguyev. Sputnik has gathered information on the deceased journalists.

Dzhemal worked as a journalist for a number of Russian media outlets, including Nezavisimaya Gazeta, Novaya Gazeta and as an observer at the Russian edition of Newsweek. He travelled to the North Caucasus, South Ossetia, Afghanistan, Iraq, Lebanon, Syria and Saudi Arabia.

He highlighted the events of the Russo-Georgian War in 2008 and was wounded in the leg by machinegun fire during the 2011 battle of Tripoli.

Rastorguyev was a producer in the film crew. He had been working in the field since 1997 and made several documentary films in collaboration with documentary-maker Pavel Kostomarov, who later made it to film festivals in France and the Netherlands.

READ MORE: Things to Know About the Russian Mission in Central African Republic

Radchenko was the film crew's cameraman in the Central African Republic. He previously worked on a number of other documentary projects.