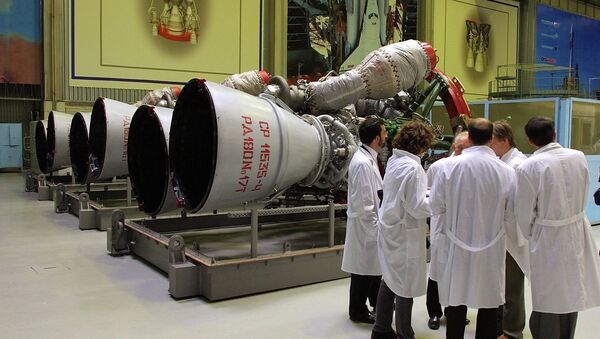 MOSCOW (Sputnik) - NASA and the US Air Force have certified Russia's RD-180 engines for Atlas V carrier rockets to used for manned spaceflights by US astronauts, Igor Arbuzov, director general of Russia's major rocket engine manufacturer JSC NPO Energomash and the United Launch Alliance, said in an interview with Sputnik.

"Yes, as of today, RD-180 is certified by NASA to perform manned flights," Arbuzov said.

He explained that a commission comprised of NASA and US Air Force representatives had conducted an audit of compliance of NPO Energomash's technological processes and management system with US requirements last year.

"They issued a conclusion that our system complies with the requirements for conducting manned missions," Arbuzov said.

US Efforts to Replace Russian RD-180 Rocket Engine Advance - Orbital ATK
According to Energomash's director general, the first flight of an Atlas V carrier rocket with Russia's RD-180 engines, which will carry a Starliner spacecraft and crew on board, should take place in February 2019. An unmanned launch is scheduled for November 2018.

After US-Russia relations worsened over the Crimean issue in 2014, US lawmakers have forced limits on future RD-180 purchases, passing a law that required the US to phase out the Russian-made engines in favor of domestically produced next-generation rocket propulsion systems.