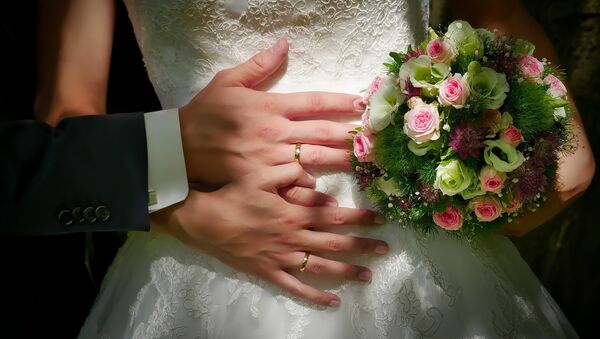 Duffy was made aware of her removal via a passive aggressive Friday email from her supposed friend.

"I'm so glad to hear you booked flights! I'm sorry classes are taking such a long time to sort out. I know how hard you're working to be here for the wedding and it means so much to us!" a copy of the email obtained by Elle reads. "I have a massive favor to ask you, though — and this is one of the hardest things I've ever had to ask anyone — but I need to ask you to relinquish your duties as a bridesmaid."

And down goes the bomb.

​Per dear Alex, Duffy was still welcome to attend the party and "have a fabulous time."

"When I asked you, I was really hoping that you could be a part of this whole thing — the bachelorette trip, at least the weekend, prep and the full night of the event (a Sunday night flight means you won't even be able to be there for the whole wedding)… the whirlwind nature of what your travel has become just won't work with the duties as a party member. I'm so, so sorry!!" she continued.

"I love you and value your friendship so much and I fully understand the need for you to prioritize school! I want you to be able to focus on that without also worrying about any extra wedding worries," Alex wrote, before making another request of Duffy.

"Could you please mail the jumpsuit to me?"

​Alex signed off by stressing that she would be willing to talk with Duffy over the phone, adding that they were "totally cool."

Shook, Duffy took to the internet to vent her frustration and beg JetBlue to refund her plane tickets.

"Booked my X-C [cross-country] flights for a wedding, then was asked ‘to relinquish' my ‘duties as a bridesmaid,'" Duffy said in a now-deleted tweet, according to the New York Post. The dethroned wedding participant also explained that she was being asked to mail her bridesmaid dress back "so another girl could fill in and wear it."

"I am laughing & crying & must avoid this wedding at all costs. Pls help?"

And how did JetBlue respond? They refunded her ticket and offered her a voucher for "a future girls' weekend" so the two could patch up their tattered friendship.

​Duffy took to Twitter and thanked the airline, stressing "this is about more than just an email," according to local Pennsylvania news station Fox 43.

"I'm hoping this thread reminds future lovebirds and bridal parties to keep their feet on the ground:)," she added.

While Duffy is more at ease, thanks to JetBlue's response, the Twitterverse isn't done dishing out its opinions. Many netizens have argued that if Duffy wasn't able to commit to the entire weekend of wedding festivities, she shouldn't have been a bridesmaid. Others, on the other hand, have told the student that she "dodged a bullet."