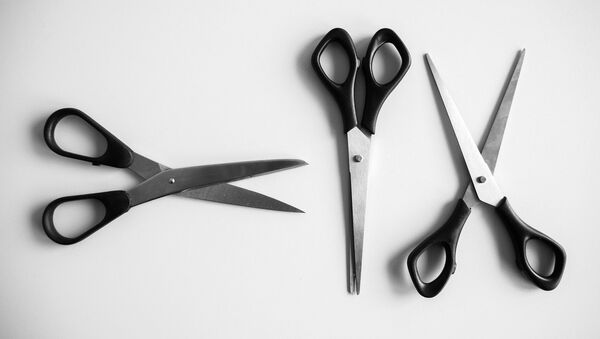 The kid had pranked the barber with a fake roach earlier. The barber retaliated with fake blood.

A Florida barber inadvertently cut off a boy's ear as he was giving the kid a haircut. Or, at least, so it seemed.

"Oh my God, what should we do?" the barber asks, with a shocked expression on his face. "Does it hurt?"

"Don't tell your mom!" he says, as blood starts spilling onto the kid's cheek.

The little guy stays rather brave throughout the ordeal, but eventually starts losing his courage after the apparently cut ear falls to the floor.

"What's the big deal? We have another one," the barber argues when the boy's mother enters the room.

When the mother asks how such an accident could have happened, the barber simply replies, "He moved!"

However, the whole scene turned out to be not an emergency, but a well-played prank.

"Remember that roach prank where you said I couldn't make you cry? You're fine!" the barber tells the kid, laughing as he shows him his real ear, smeared with fake blood but otherwise intact. The ear that dropped to the floor was a prop.

According to the video description, a month earlier, the boy pulled off a prank involving a fake cockroach, which scared the living daylights out of the big, bald barber.

"I warned him I'd get even," the description reads.

"But I didn't cry!" the boy argues, as he struggles with conflicting emotions after the prank is revealed.