Breaking Down The Beat(les): Researchers’ Algorithm Can Determine Who Wrote What 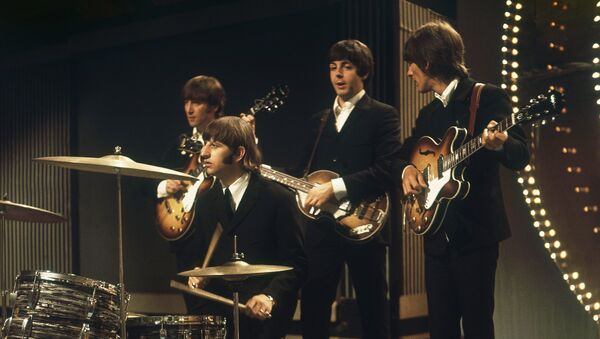 © AP Photo
Subscribe
International
India
Africa
A burning question (for some): Did Paul McCartney or John Lennon write the music for the popular Beatles’ song “In My Life?” A new academic study used some advanced mathematics to conclude that despite McCartney’s claims that he wrote the song, it was actually the work of Lennon.

According to Jason Brown, a professor of mathematics at Dalhousie University, and Mark Glickman, a senior lecturer in statistics at Harvard, the song is far more stylistically similar to Lennon's work than McCartney's. In fact, they say there is a less than one in 50 chance that McCartney wrote the music to "In My Life."

Brown and Glickman, along with former Harvard statistics student Ryan Song, developed a method to deconstruct every Beatles song released from 1962 to 1966.

"The basic idea behind our approach is to convert a song, whose musical content is difficult to quantify in any direct way, into a set of different data structures that are amenable for establishing a signature of a song using a quantitative approach." Glickman told EurekAlert Friday.

"Consider the Lennon song, 'Help!'" Glickman told EurekAlert. "It basically goes, 'When I was younger, so much younger than today,' where the pitch doesn't change very much. It stays at the same note repeatedly and only changes in short steps. Whereas with Paul McCartney, you take a song like 'Michelle,' and it goes, 'Michelle, ma belle. Sont les mots qui vont très bien ensemble.' In terms of pitch, it's all over the place.

Using the data from their method, the researchers determined that "In My Life", which was part of The Fab Four's 1965 album "Rubber Soul," was most likely Lennon's musical creation.

Debate has raged since McCartney said in in 1980 interview that "Those were words that John wrote, and I wrote the tune to it. That was a great one."

"The probability that 'In My Life' was written by McCartney is.018, which basically means it's pretty convincingly a Lennon song," Glickman countered, saying McCartney must "misremember" writing the music.

According to Glickman, who will discuss the study in more detail at the 2018 Joint Statistical Meetings on August 1 in Vancouver, Canada, "this technology can be extended."

"We can look at pop history and chart the flow of stylistic influence," he said.