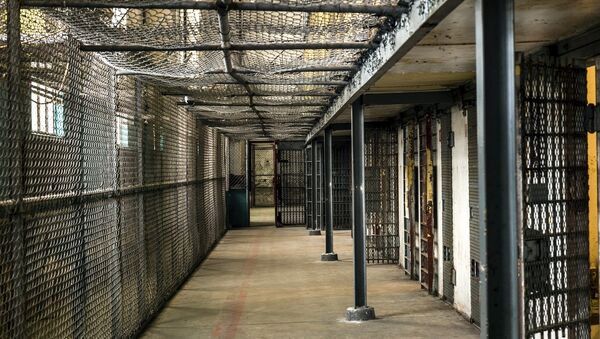 In 2016, Lithuania told the European Court of Human Rights that the country wasn't harboring a secret US Central Intelligence Agency prison where terrorist suspects were allegedly detained.

"The UNHRC is concerned about the fact that the pre-trial investigation was not completed, no suspects were identified, and all information about the progress and results of this inquiry is classified," the committee was cited by the Latvian news network Delfi as saying.

The UNHRC also called on Vilnius to investigate the possible complicity of government officials in human rights violations related to detainees' treatment in the alleged secret CIA prison in Lithuania.

"The state must ensure that the perpetrators are convicted and if found guilty, punished with the appropriate sanctions; victims should be guaranteed access to effective legal protection," the UNHRC pointed out.

In late June 2016, the European Court of Human Rights (ECHR) in Strasbourg held a public hearing in the lawsuit brought by Guantanamo Bay detainee Abu Zubaydah against Vilnius. Abu Zubaydah, who is accused of involvement in the 9/11 attacks, claimed that he was subjected to inhuman conditions and torture in a secret CIA prison in Lithuania.

The ECHR ruled that Lithuania should pay 130,000 euros to Abu Zubaydah, a decision that has yet to be appealed by Vilnius.

Trump Administration Abandons Idea to Reopen CIA 'Black Site' Prisons
In November 2009, the Lithuanian parliamentary committee on National Security and Defense opened a probe into ABC News claims that Lithuania provided the US Central Intelligence Agency(CIA) with a building near the capital Vilnius to detain and possibly interrogate eight al-Qaeda members between 2004 and 2006.

The committee finally concluded that there were conditions for the existence of a secret CIA prison in Lithuania, adding that in 2005 and 2006 the CIA planes that landed in the country were not inspected by customs services.

The United States did not cooperate with the committee on the issue, which is why the question of whether al-Qaeda militants were ever transferred to Lithuania has yet to be clarified.