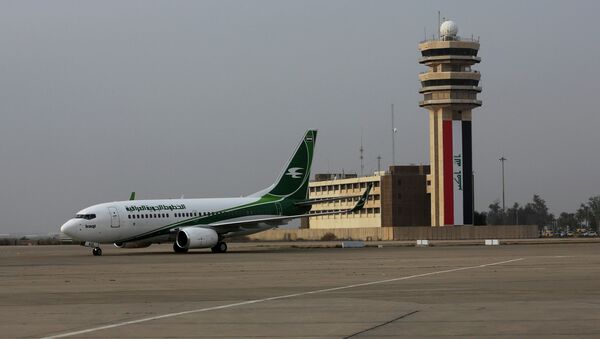 Iraqi Airways suspended two of its pilots this week after they got into a physical altercation over a food tray during a flight from Iran to Baghdad. The plane was carrying more than 150 passengers.

According to a statement obtained by AFP, the brawl began after the pilot told the co-pilot that he wasn't allowed to get to grub because he hadn't asked for permission first.

"Conversation with the pilot became heated because he forbade an air hostess from bringing me a meal tray, under the pretext that I hadn't asked him for authorization," the co-pilot said in a letter addressed to Iraqi Airways management and seen by AFP.

Things quickly intensified after the pilot took his own meal and then proceeded to "hit and insult" the co-pilot. Although security staff on board later de-escalated the brawl, the pair began to fight once more after the plane touched down in Baghdad.

The co-pilot's statement goes on to detail that the "pilot again hit and insulted" him, leaving him no other choice than to respond. "I had to defend myself," he wrote.

The Iraqi Ministry of Transportation later launched an investigation into the fight and deemed the pair suspended, AFP reported. "They will have no chance of escaping harsh penalties and will face the worst and most severe punishments, the least of which is the denial of flight for life," a statement released by the department said.

The pilot's account of the brawl and details regarding the flight times have not been released, website Rudaw reported.