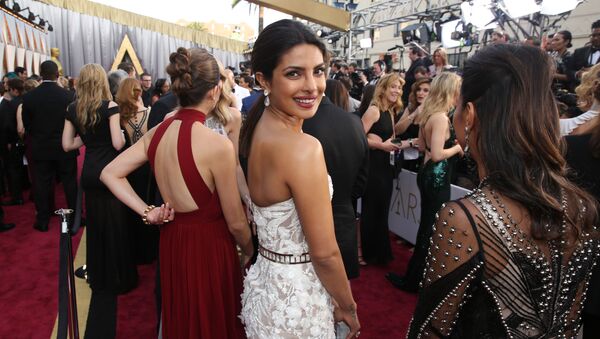 As news about Priyanka Chopra, who has delivered a number of power-packed performances in Indian cinema and worked her way up to become one of Hollywood’s award-winning debutantes, getting engaged to her rumored boyfriend of two months, Nick Jonas, spread, her fans couldn’t digest the surprise.

Bollywood bombshell Priyanka Chopra's engagement to her Hollywood beau Nick Jonas has triggered a kind of hysteria among her fans who took to Twitter and Facebook to react to the news with shock, humor and memes.

It’s happened guys! #PriyankaChopra and #NickJonas have reportedly gotten engaged, according to People magazine. Nick apparently proposed to Priyanka on her 36th birthday in London a week ago. Priyanka has also backed out of her upcoming #Bollywood film #Bharat. 👰🏻 pic.twitter.com/nkFAvAwKu6

News of the engagement was first broken by People magazine. Earlier, Indian film director Ali Abbas Zafar had hinted that Priyanka Chopra had walked out of his upcoming film due to a "very, very special" reason, about which she had informed the director just in "the Nick of time."

Yes Priyanka Chopra is no more part of @Bharat_TheFilm & and the reason is very very special, she told us in the Nick of time about her decision and we are very happy for her… Team Bharat wishes @priyankachopra loads of love & happiness for life 😊😉😍

When Nick and Priyanka get married, it will be the first big Bollywood-Hollywood matrimonial alliance.

The rule of law is collapsing under the GOP, Trump is coddling dictators, kidnapped babies are still separated from their parents… and Twitter is abuzz over Priyanka Chopra and Nick Jonas getting engaged.#AmericanDecline

Just cause y’all knew about Nick and Priyanka for two months doesn’t mean they weren’t dating for more than two months.

Anyways, congratulations to Nick Jonas and Priyanka Chopra on their engagement. 💕

If Priyanka Chopra wants to marry someone she hasn’t dated too long it’s HER call. And who decides it’s “not too long”? It’s subjective. Let people be. She’s one of the strongest & most intelligent people, she knows what she’s doing without you pointing it out, thankyou very much

People magazine has reported that Nick shut down an entire Tiffany store to buy the perfect ring for Priyanka. Their relationship began in late May when they were spotted together on several occasions.

Both stars recently attended Nick's cousin's wedding together, after which he went to India with Priyanka to meet her mother and enjoy a holiday in Goa with her cousins.