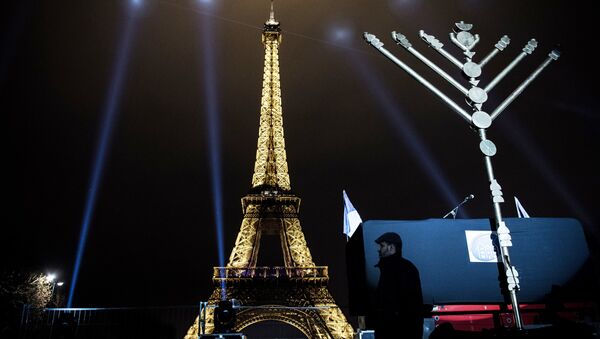 The French capital has become the key "center of international activity" for Israel's infamous Mossad, according to an article published this week in leading national newspaper Le Monde, which cites senior French intelligence officials.

An unnamed intelligence source quoted throughout the article concisely and strikingly sums up the extent of Mossad's Parisian penetration — "the city is Mossad's playground", in which they are "conducting themselves with great aggression".

"Our ability to react to their actions is limited. They are rushing to play the diplomatic card and filing a complaint to the office of the Prime Minister and the French president. The French are not able to prevent certain Jews in France from providing help in planning and logistics. France's hands are tied…[we have] many issues in common with Israel," the anonymous source despaired.

One key Mossad operation apparently planned and launched from "an improvised operations room equipped with computers and encoded phones" in Bercy, Paris was the controversial 2010 assassination of Hamas chief Mahmoud Al-Mabhouh in January 2010, according to Le Monde — it was previously thought Austria had been used as the group's informal headquarters. 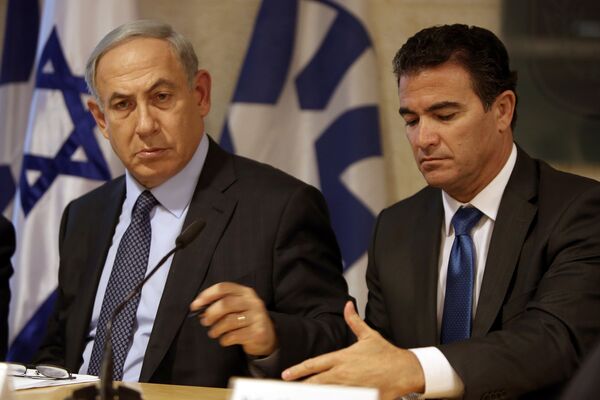 The assassination sparked international outrcry and diplomatic crises between Israel and several key allies, as the agents involved used counterfeit passports from at least five countries. This included four forged French passports — one of which was suspected of being used by the hit squad leader — 13 British passports. In some cases the passports of actual citizens from the respective states were simply forged, in others legitimate passport numbers belonging to citizens were purloined, while photos and other relevant personal information was falsified.

Response from affected nations was in some cases significant. For instance, in March 2010, then-UK Foreign Secretary David Miliband expelled an Israeli diplomat, and Australia abstained on a United Nations motion to investigate alleged Israeli war crimes committed during the Gaza War, a motion Canberra had previously opposed, as well as expelling a Mossad agent who'd been working in the Israeli embassy in May.

France also complained to then-Mossad director Meir Dagan about the use of forged French passports, with two senior agents meeting with him in Jerusalem to remonstrate, and make clear the operation was "an intolerable line-crossing".

"We'll stay friends, but there'll be a price to pay for this," they are alleged to have said — that price apparently being a temporary halt in information sharing between the two nations' respective intelligence services. 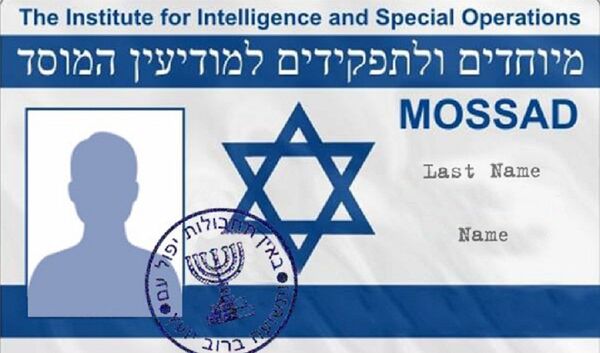 Al-Mabhouh's assassination is not the only operation planned from French soil documented by Le Monde. Others include a joint Israeli-French attempt to recruit a Syrian agent who tried to buy chemical weapons, an Israeli company's bid to wiretap Council of Europe meetings in Brussels, and operations of notorious private security company Black Cube, which has offices in Paris's Place Vendome.

Mossad also allegedly attempted to recruit French intelligence operatives as double agents during a joint operation in 2010, which again saw the Israeli spying agency penalized — the Mossad station head in Paris and another employee in the Israeli Embassy had to leave France. 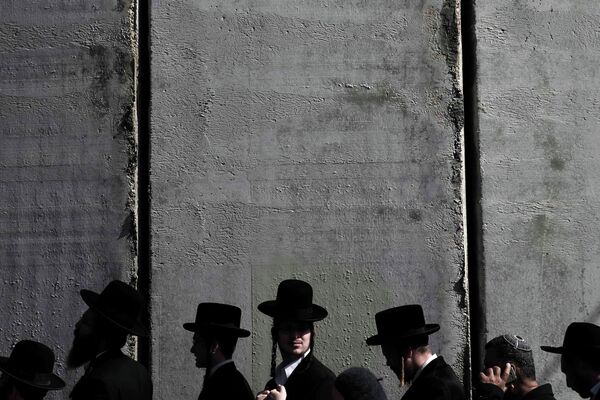 Ultra-Orthodox Jewish men
© REUTERS / Finbarr O'Reilly
Mossad operations in France date back far farther, however, the first known being the December 1972 assassination of Mahmoud Hamshari, a Palestine Liberation Organization representative. Using an agent posing as an Italian journalist, Mossad lured him from his apartment to allow a team of agents to enter and install a bomb under his telephone. The agent posing as a journalist then phoned Hamshari's apartment and asked if he was speaking to Hamshari — after Hamshari identified himself, a detonation signal was sent down the telephone line, causing the bomb to explode. Hamshari was mortally wounded in the explosion, but managed to remain conscious long enough to tell detectives what had happened. He died in a hospital several weeks later.

Hamshari was slain as part of 'Operation Wrath of God', a long-running international action to assassinate individuals involved in the 1972 Munich Olympics massacre in which 11 members of the Israeli Olympic team were killed by Palestinian terrorist group Black September.

The following April, the Operation claimed another victim in France in Basil al-Kubaisi, member of the Popular Front for the Liberation of Palestine. He was approached by two Mossad agents as he left Paris' Café de la Paix — he had time to yell "don't do this!" in French before the assassins killed him with silenced 22-calibre pistols. 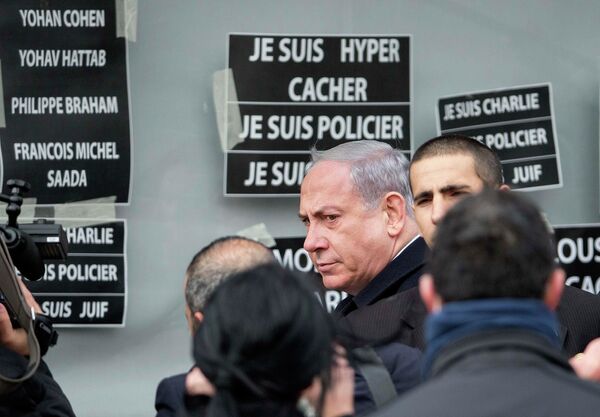 Israel's Prime Minister Benjamin Netanyahu arrives at the Hyper Cacher kosher supermarket January 12, 2015 near the Porte de Vincennes in Paris
© REUTERS / Yves Herman
A mere two months later, Mohamed Boudia, by night a Popular Front for the Liberation of Palestine operative and by day a playwright and theatre director, was killed via car bomb, again in Paris. At the time of his assassination, Boudia was Chief of PFLP operations in Europe — he was replaced by Carlos the Jackal.

A separate international action 1978 — 1981, 'Operation Opera', saw Mossad obtain highly sensitive information about Iraq's Osirak nuclear reactor by recruiting an Iraqi nuclear scientist in France, bombing several of the French companies it suspected of working on the project — including planting an incendiary device that destroyed the reactor's first set of core structures while awaiting shipment to Iraq — and sending threatening letters to top officials and technicians involved in the project.

Moreover, as part of the Operation, Yahia al-Mashad, an Egyptian nuclear scientist who headed the Iraqi project, was murdered in a Paris hotel room. The precise details of his killing have not been officially established, but it is known his skull was fractured and room vandalised. French authorities were questioning a Persian prostitute as a person of interest in the case, but she was killed by a speeding car two weeks later. Some have suggested her death was no accident.