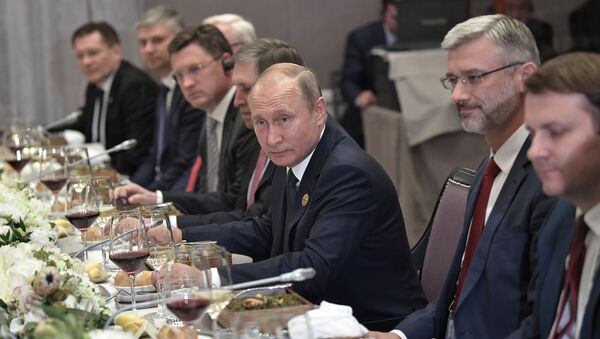 While the press focuses on important agreements and the political and economic deals made at the BRICS summit, one inquisitive journalist turned his attention to the nourishment provided to the parties involved.

Dmitry Smirnov, a Russian journalist covering the BRICS summit in Johannesburg, has revealed the juicy details of a dinner Russian President Vladimir Putin and Chinese President Xi Jinping recently had during the event.

According to Smirnov, the Russian president and his Chinese counterpart dined on “red wine and something green.”

Earlier, he also criticized the catering at the event, claiming that the delegates were treated to beef dishes despite the fact that the summit was attended by a delegation from India.

The BRICS summit is running in Johannesburg, South Africa from July 25 to 27. It is expected to wrap up with a "Johannesburg Declaration" to mark the anniversary.