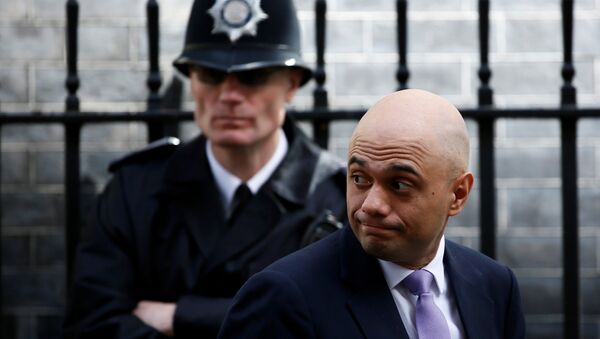 The disproportionately high number of grooming gangs of Pakistani background in the UK has often been pointed out by activist Tommy Robinson, who has received death threats for his work on exposing the nature of child grooming in Britain.

British Home Secretary Sajid Javid has launched an investigation into the ethnic origin of sexual grooming gangs in the UK, saying researchers will look at “particular characteristics” of such networks.

The investigation will also try to determine why British Pakistanis are disproportionately represented in sexual grooming networks.

UK Police Increase Security for MP Who Spoke Out About Pakistani Grooming Gangs
Numerous grooming rings have been uncovered throughout the UK in the past decade, such as the Rotterham and Telford scandals.

In 2017, Sarah Champion, Labour MP for Rotherham, controversially claimed that Britain “has a problem with British Pakistani men raping and exploiting white girls,” but it seems the government has now acknowledged the issue and is setting about tackling it.

The Labour MP has continued to receive death threats for her comment, and, via a letter, the home secretary told MP Champion he’d be exploring her allegations.

“MPs should be able to do their job without being threatened or intimidated in any way. Sarah Champion has my full support. My officials have been working with investigating officers in relevant cases, and with the National Crime Agency, to establish the particular characteristics and contexts associated with this type of offending,” Javid wrote.

Earlier, a cross-party group of MPs told the home secretary they were “alarmed by the similarities in cases across the country.”

Secretary Javid himself is of Pakistani heritage and was only recently appointed home secretary after Amber Rudd was forced to resign after she mislead a parliamentary committee about the use of deportation targets in the Home Office.

Britons have reacted to the investigation on social media, with some applauding the initiative while others called for a broader investigation.

#TommyRobinson supporters — thoughts on a Pakistani man, investigating abuse from Pakistani gangs? Let's hope you push this research like you do Tommy's plight. https://t.co/26aFDUhtVf

Despite some opposition to the investigation, the Home Office will be pushing on with it and will take action to tackle sexual grooming in the British Pakistani community if necessary.

“If evidence suggests that there are cultural factors that may be driving certain types of offending, we are fully committed to addressing these,” a Home Office spokesperson said.

READ MORE: Missing Piece of Telford Puzzle 'Who Is Buying Into This?' — Analyst