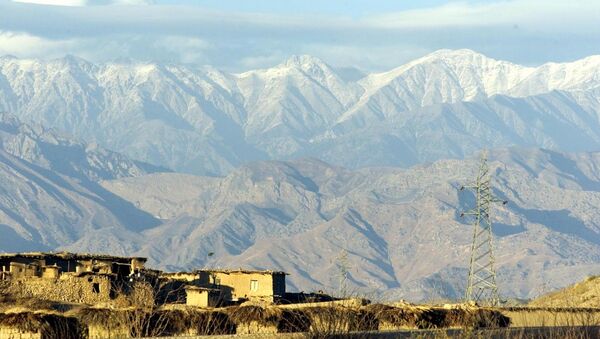 © AP Photo / Shabbir Hussain Imam
Subscribe
The election result in Pakistan is likely to have a far-reaching impact not only on neighboring countries such as India, Afghanistan, and China but also on the US and Russia. While all have varied stakes in Pakistan, peace and stability remain overarching concerns.

New Delhi (Sputnik): An Indian analyst is of the opinion that despite the US's self-professed ideology of aiding democracy abroad, it has maintained business relationships with dictatorships. But in Pakistan, its stakes are mainly centered on ensuring a stable government that is able to rein in terrorism.

"The US has high stakes in the Afghanistan-Pakistan region. It is highly concerned about the terrorism that has been emanating from Pakistan and spreading its tentacles as far as Europe and America. So the prime concern for the US is to keep pressuring Pakistan to rein in the terror factory," Robinder Sachdev, the president of Delhi-based think tank Imagindia, told Sputnik.

Explosion Hits Western Pakistan Amid Election: at Least 28 Killed (PHOTO)
Sachdev is of the opinion that Pakistan's election results will be more crucial for China due to its proximity with Islamabad and more importantly the China-Pakistan Economic Corridor (CPEC) in which China has invested heavily.

"In my opinion, China has considerable influence as well as a stake in the Pakistan election. The success of the Belt and Road initiative (BRI) depends upon how the China-Pakistan Economic Corridor (CPED) goes. China definitely wants a stable government so that their financial investments remain safe and secure and they [China] can carry their infrastructure expansion according to their plans. China has invested a lot in Pakistan and there is no going back," Robinder Sachdev said.

Pakistan’s Coming Elections Herald ‘Period of Real Political Disruption’
Russia's interest lies in a stable Pakistan with which it can further its defense cooperation.

"Putin will prefer a strong and stable government in Pakistan which will, on the one hand, control the spreading menace of terrorism and also provide a good chance to strengthen defense cooperation with Pakistan," Robinder Sachdev told Sputnik.

"Afghanistan-Pakistan region is a den of terrorism and of late Daesh has established a good network in the region, which is likely to spill over into Central Asian countries close to Russia. Therefore, stable Pakistan is essential for regional security," Robinder Sachdev added.

The views and opinions expressed by Robinder Sachdev in this article are those of the speaker and do not necessarily reflect the position of Sputnik.

* Daesh (ISIS, IS, ISIL) is a terrorist group banned in Russia.