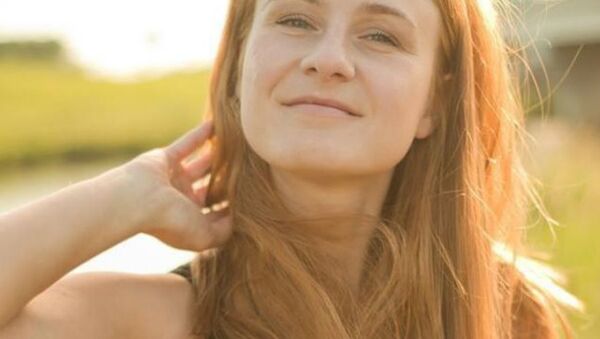 © Facebook
Subscribe
A trial date remains unset in the case of Russian national Maria Butina, who was arrested on July 15 for acting as foreign agent of Russia but failing to register with US authorities, a claim Butina’s defense denies.

Her trial in the court of public opinion remains ongoing, however, and though a tidal wave of misleading and critical reporting on Butina has been published since her arrest, it was Butina's attorney the government sought to gag Wednesday.

Assistant US attorney Thomas Saunders refused to issue discovery to defense attorney Robert Driscoll until a protective order is secured on it, thereby gagging Driscoll on its subjects. Discovery is the process in criminal proceedings wherein the prosecution turns over its evidence to the defense. The government took objection to Driscoll's media appearances and argued that he could leak evidence to the media.

​Saunders told Judge Tanya Chutkan that Driscoll "repeatedly violated the local rule," which constrains an attorney's public comments about cases they are working on, Sputnik News heard in a status hearing Wednesday for United States of America v. Mariia Butina.

Chutkan asked Driscoll, "Do you think it's in your client's interest to have this case tried in the press?"

Driscoll said that the media appearances he's done are "an eye dropper in a the tsunami of negative press that's already convicted her," reasoning, "I've got to zealously represent here." 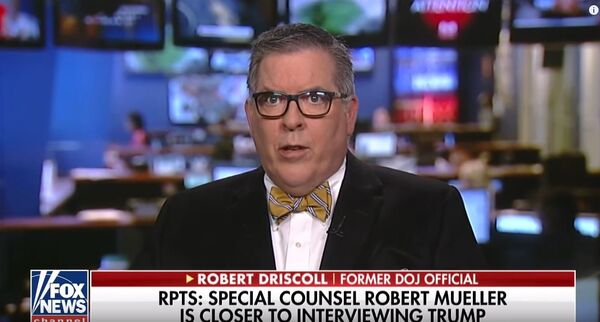 "Ms. Butina is the subject of national incorrect media reporting that I'm trying to push back on," he argued. Driscoll cited a CNN report from the night prior which stated that Butina received training as a spy in Russia, an accusation which the government has not levied against his client and which he "had to correct."

Moreover, the "big issue in the media," according to Driscoll, concerns a claim in the Government's Memorandum in Support of Pretrial Detention, a document which outlined the prosecution's case against releasing Butina on bail before her trial, which was disputed in court on July 18.

"Butina offered an individual other than [her boyfriend] sex in exchange for a position within a special interest organization," the document states.

Driscoll said, "We don't believe that to be true," adding that the government is "refusing to provide evidence for that."

Another piece of fake news about Butina, which was not raised by the defense but has raised eyebrows on social media, was that she attended a meeting between former Russian Ambassador to the US Sergei Kislyak, Russian Foreign Minister Sergei Lavrov and US President Donald Trump. The reporter who posted it later corrected herself when it became obvious it was a case of mistaken identity. As it turns out, the woman pictured was National Security Council staffer Cari Lutkins. (She and Butina both have red hair.)

​Butina has been pictured with Kislyak in a selfie, which the government put forth as evidence of the inability of law enforcement to make sure Butina wouldn't flee to the embrace of the Russian embassy in DC. But it was taken in passing, Driscoll said at the pretrial hearing, at "a movie screening hosted by a Russian Cultural Center in Washington."

The government said that it has four to six terabytes of evidence in its first round of discovery, and that another round roughly the same size will be ready to be released to the defense in the next few weeks.

The defense is seeking records of eight hours of testimony Butina made before the US Senate Intelligence Committee in April. According to her attorney, she has turned over records of her communications with Alexander Torshin, the Russian official whom she is alleged to have been coordinating with. Butina is also accused of having solicited some $125,000 to finance her operations in the US, while CNN reports that she informed the Senate Intelligence Committee of her backing from Russian billionaire Konstantin Nikolaev.

After Driscoll said Wednesday that the government was being "coy" over whether or not they had reviewed that evidence, Saunders stated they had but did not have it in their possession. Chutkan offered to have the government issue the "substance" of that bit of discovery — eight hours of closed-door hearings — "orally" to the defense.

At the heart of the case are messages to and from Butina which on their face appear damning. However, their context is unknown. At Butina's pre-trial detention hearing, Driscoll noted that she had exchanged "hundreds of thousands" of messages with her "mentor" Torshin, but that the government was focusing only on those which could be viewed as evidence of guilt when decontextualized. Driscoll said the "pictures of dogs and questions about picking up American toothpaste" exchanged by the two have been ignored.

Another piece of evidence raised by the government was a selfie Butina took in front of the US Capitol Building on Inauguration Day 2016. Torshin told her that she was a "daredevil," to which she replied "good teachings." Driscoll argued that every other student of international relations in Washington, DC, has taken that same selfie.

The most cited comment in the Torshin and Butina's catalogue is one which came a few days after the 2016 election, in which Butina said she was "ready for further orders." According to the FBI affidavit in the case, the remark was made via a Twitter direct message.

Loud & Clear host John Kiriakou, a 15-year veteran of the Central Intelligence Agency, said on Wednesday that "Spy-to-spy communications are not done over Twitter. I can guarantee you that. This was either a joke, or it was taken completely out of context."

Driscoll said he will issue a motion to dismiss the indictment against Butina as the process of discovery furthers and will issue a motion appealing Butina's pre-trial detention, during which she sits in solitary confinement, in two weeks. The next status hearing is scheduled for September 10.

Meanwhile, Chutkan gave the government until August 8 to submit another protective order on the discovery, giving the defense until August 15 to state any objections.

"We remain confident that Ms. Butina will be vindicated in this process and that everyone will realize the truth of the matter," Driscoll told reporters after exiting the courthouse Wednesday.