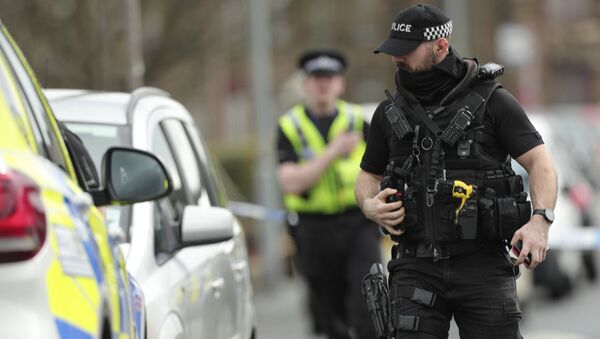 A paper criticizing ancient British treason laws had been backed by high-profile security officials shortly after it became known that the UK home secretary reportedly asked the US to prosecute two terrorists with British citizenship, citing more robust American laws.

Lord Evans of Weardale, a former head of MI5, and Amber Rudd, a former home secretary, backed a paper by Policy Exchange, the UK's leading think tank, which recommends revising and toughening Britain's ancient treason laws to prosecute terrorists who have fought in Syria.

Lord Evans praised the study as "timely and balanced," while Amber Rudd called it "an important contribution to the debate about how we keep our country safe."

Touting life imprisonment as a proper punishment for treason, the authors expressed concerns over the number of British citizens who served with or supported groups opposing UK forces in non-international armed conflicts, as well as groups that attacked the UK, or even sought to.

The paper came out shortly after The Telegraph published a letter to the US attorney general allegedly written by UK Home Secretary Sajid Javid, who called prosecution in the US "more likely to be possible" due to more effective laws as he handed over Alexanda Kotey and Shafee El-Sheikh, British citizens and members of the notorious group of jihadists known as "The Beatles," to America to face trial without a death penalty assurance.

On Friday, Khalid Ali, a UK citizen who served with the Taliban for five years before coming back to the country in 2016, got a life sentence after being convicted of plotting a knife attack on MPs and making bombs for the Taliban. According to the authors, he should have been prosecuted as soon as his involvement with the terrorist group came to light.