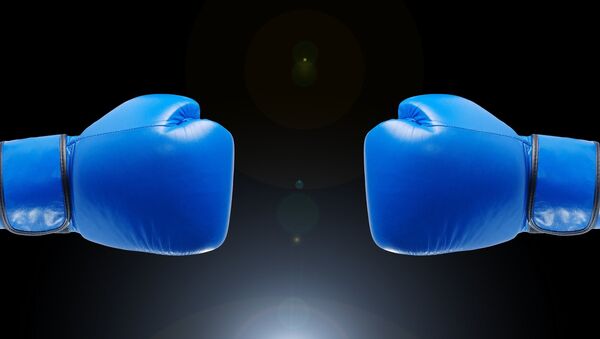 CC0 / /
Subscribe
A fight fan has been jailed for 14 years for stabbing to death a rival boxing supporter during a huge brawl which broke out in an English town last year. Sputnik looks at the evidence that emerged during the murder trial at Birmingham Crown Court.

Reagan Asbury, 19, was stabbed outside Walsall Town Hall in the West Midlands in October last year after a disturbance broke out at the end of the IBF Youth World Lightweight title fight between Walsall boxer "Cool Hand" Luke Paddock and Myron "Skillz" Mills, from Derby.

On Wednesday, August 1, Tyrone Andrew, 23, was acquitted of murdering Mr. Asbury but found guilty of manslaughter. He was jailed for 14 years by Judge Simon Drew.

Mills, who is mixed race, won the fight on points and has won twice since, while Paddock has not fought since that fatal night.

Asbury, who lived in Walsall, was supporting Paddock and was caught up in the violence.

A killer who fled to Amsterdam after stabbing a teen to death has been found guilty of manslaughter, as the victim's family issued a stark warning on the dangers of carrying blades. Warning: Video contains scenes which some may find distressing Full story: https://t.co/g2p0AzUXwO pic.twitter.com/2B2mMqfsGh

Giving evidence, Mills' father Christopher Mills, 49, describes the atmosphere as "like being at a '70s football match" and he said some of Paddock's supporters were making monkey noises when his son entered the ring.

Derby man guilty of manslaughter of 19 yo Reagan Asbury during a brawl outside a boxing match in Walsall in Oct 2017. Trial of Tyrone Andrew, 22, heard he crept up behind the teenager “like an animal stalking its prey” then stabbed him in the neck. @ITVCentral

He denied he had mistaken the monkey noises for a chant of "Luke, Luke, Luke."

"I'm a black man, I can distinguish when someone does a monkey chant," Mr. Mills told the court.

"Normally the atmosphere at a fight is exciting but here it was hostile and put me on edge. The chants included ‘Get the monkey out of the ring'. It was racist chanting," said Myron Mills' cousin, Amanda Hutchinson.

She said a beer cup was thrown from the Paddock supporters towards those of their rivals.

"After that, everything happened so fast — chairs were thrown, and more beer glasses. It was mad, like a riot. I was scared," Ms. Hutchinson told the court.

Jury Shown Footage Of The Brawl

The jury at Birmingham Crown Court were shown footage showing insults and then punches being exchanged at ringside and then the brawl between supporters of Asbury and Mills spilling outside into the street.

Andrew, who is mixed race, allegedly stabbed two other men before killing Asbury.

Fifty people were involved in the clash on October 14 last year and the jury had to be given a special chart listing all those who took part in the fight and their alleged role. 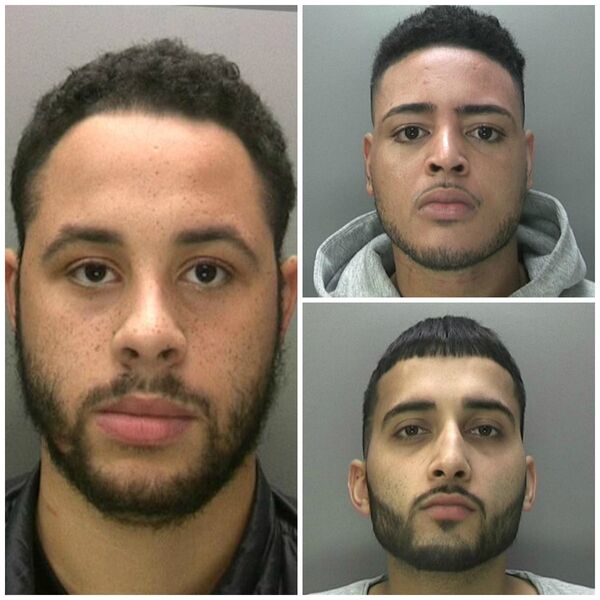 Killer Was Himself Attacked

Det. Con. Jenkins told the jury Andrew could be seen being attacked and knocked off his feet by Paddock's fans outside the fight venue.

He then got up, picked up a weapon and stabs one of Paddock's supporter, Phillip Smith, in the stomach and back, said Det. Con. Jenkins.

Not sure how much longer we can keep this guy a secret..@MillsyBoxer English and IBF Youth World Champion Already.. And so young… the man is dangerous and the world is his oyster!! 👊👊 pic.twitter.com/PeXLTpN338

Three other boxing fans from Derby were also on trial.

Declan Kemp-Francis, 23, was convicted of perverting the course of justice by driving Andrew away from the scene of the crime.

Ryandeep Sidhu, 22, was convicted of perverting the course of justice by disposing of the knife used by Andrew.

Kemp-Francis and Sidhu were both jailed for 30 months.

The British Boxing Board of Control are expected to make a statement later.