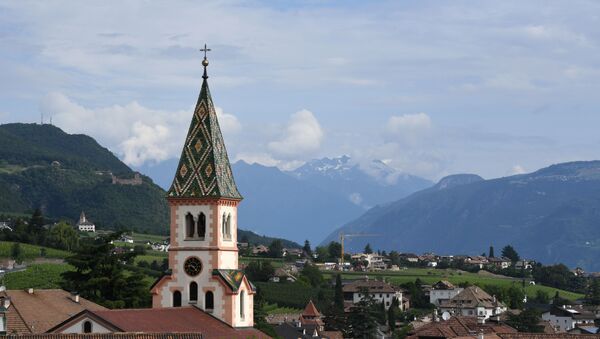 Although the Alpine province and former Austrian-Hungarian princely county has remained part of Italy for almost a century, many in the predominantly speaking German region still have strong ties to Austria. Now Vienna is taking a step towards Tyrolians of Austrian origin, evoking separatism fears in Italy.

Rome has expressed concern over Vienna’s reported plans to give out Austrian passports to the German and Ladin-speaking residents of South Tyrol, who make up more than 65% of population in its former region, which now belongs to Italy.

The Austrian paper Tiroler Tageszeitung reported about the corresponding bill, allegedly being forged in Vienna, which is due to be finalized by September. After the news was made public, Italian Foreign Minister Enzo Moavero Milanesi pointed out that the purpose of the move is unclear as the people of both countries enjoy EU citizenship.

"Before being a hostile act it is a frankly curious act, the suitability of which we are wondering about," he said, according to the news agency ANSA.

According to a press release issued by Italy’s Ministry of Foreign Affairs and International Cooperation, its ambassador to Austria is to seek clarification from Vienna, while the Austrian embassy in Rome has been asked for explanation of the draft.

“If the reports are confirmed, the action would be considered inappropriate and substantially hostile, especially as Austria now holds the rotating presidency of the Council of the European Union,” the statement reads.

The Italian governing parties Lega and the 5 Stars Movement also slammed the rumored plans. Minister of Parliament Relations Riccardo Fraccaro lambasted the initiative as an "inappropriate and hostile initiative," while the boss of the Alpine region’s branch of Lega, Massimo Bessone, suspected the true goal is to split the Italian Republic.

"Our party is open to all three language groups, so we are against a pass that is granted only German and Ladin South Tyrolians and would create first and second class citizens," he stated, as quoted by the Austrian newspaper Der Standard.

Vienna: Work On Bill is in Progress

The Austrian government denied that the bill of discord is to be ready by September 7, stating that the legal grounds for granting citizenship to the South Tyrolians would be presented in 2019/2020 "at the earliest,” according to the Austrian news agency APA. The spokesperson for the country’s Interior Minister told Sputnik that a specific timetable does not yet exist and "a future solution will be developed in dialogue with Rome and in coordination with Bolzano." According to the country's official, they currently don't see any dispute.

In its statement, the Ministry pointed out that Austria is the protector of the German and Ladin speaking population in South Tyrol, according to its constitution.

"The program of the Austrian Federal Government emphasizes this protective function and provides for the possibility of granting Austrian citizenship to South Tyrolean citizens of German and Ladin mother tongue. This is done in the spirit of European integration and the European peace project," they told Sputnik.

"I think this is the wrong way, because with the European agreement we have found a common perspective for South Tyrol and Austria," he told the newspaper, saying the Tyrolians “don’t need this for self-confidence."

With Elections in View

Incidentally, the recent development of the hundred-year-old controversy has come amid the provincial election campaign in South Tyrol, which is to vote for its parliament in October. The South Tyrolean People's Party (SVP), which received more votes than any other party in the recent elections in 2013, has been pushing for “double passports” for years. However the smaller parties, such as Die Freiheitlichen, are actively cooperating with Austria's right-wing, euro-sceptic Freedom Party (FPÖ), which has snapped the agenda.

FPÖ, the second largest party in the Austrian Parliament, has long advocated dual citizenship along with the right to vote in the Austrian elections for South Tyrolians. It has even taken practical steps, as  the party’s leader and Austria's Vice Chancellor Heinz Christian Strache presented a working group to determine legal issues.