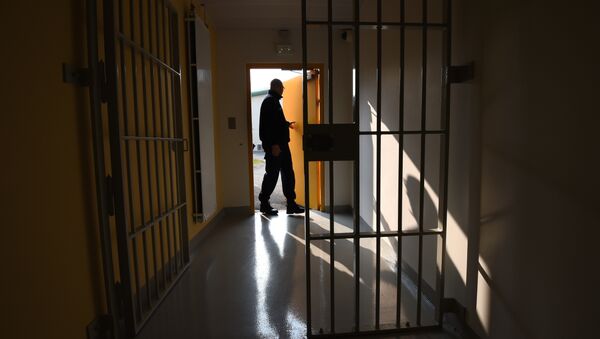 © AFP 2023 / PHILIPPE DESMAZES
Subscribe
International
India
Africa
WASHINGTON (Sputnik) - Russian national Maria Butina is being held in a private cell while she awaits trial in the United States on charges of acting as an agent for a foreign government, her lawyer Robert Driscoll told Sputnik.

"Conditions are sparse, as is common here. She is in 'protective custody' and thus kept in her own unit," he said.

Protective custody is a type of imprisonment in which high-profile prisoners are kept away from other inmates for their own safety.

Driscoll said he has visited Butina several times since her arrest. Another lawyer from his firm visits her almost every day, he added.

The lawyer has emphasized that his client is allowed to make phone calls. However, he added that "the logistics of setting up and funding the appropriate account have taken time."

American University May Revoke Russian National Maria Butina's Diploma
With regard to the next status hearing scheduled for Wednesday, July 25, Driscoll said the "parties will discuss what needs to happen to prepare for trial."

Butina was arrested in Washington DC on July 15 on charges of acting as an agent of a foreign government, an accusation she has denied.

Maria Butina was denied bail and is being kept in custody on the grounds that she allegedly constitutes a flight risk. She faces up to 15 years in jail.

US media stated that Butina made use of the NRA to allegedly gain access to the Republican Party.