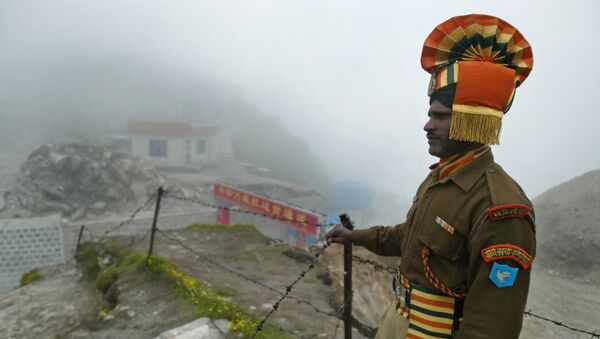 China and Bhutan share a 470 kilometer long border. Territorial disputes have been a source of potential conflict, the most contested area being the Doklam plateau, where China allegedly tried to build a road last year, resulting in military intervention by India, Bhutan’s all-weather friend.

New Delhi (Sputnik): China and Bhutan have discussed the border issue at length during a three day trip of Chinese Vice Foreign Minister Kong Xuanyou to the Himalayan nation, according to the Chinese Foreign Ministry, which has claimed that China holds its traditional friendship with Bhutan in high regard.

"Both sides should continue to promote border talks, abide by the principles and consensus already reached, and jointly protect peace and tranquillity in the border region to create positive conditions for a final resolution," the Chinese Foreign Ministry statement cited Kong as saying.

This was the first major visit by a Chinese official to Bhutan following last year's prolonged standoff between the armies of India and China on the Doklam plateau — a disputed territory claimed by both China and Bhutan.

In the past, China and Bhutan had concluded 24 rounds of talks on the boundary issues, but following the Doklam conflict, the talks came to a grinding halt.

Earlier this year, Bhutan's Prime Minister Tshering Tobgay praised his country's relation with China in his sixth and last "state of the union" speech. Parliamentary elections in Bhutan are due later this year.

Beijing proposed a land-swap deal to Bhutan in 1996, under which Thimphu would get approximately 764 square kilometers of land in the middle and western sector of the border in exchange of 100 square kilometers land in the strategically important Doklam plateau, which serves as a tri-junction of China, Bhutan and India.