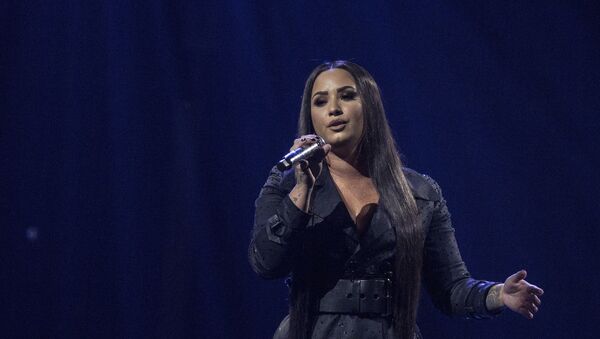 The sources indicated that Lovato, 25, was found unconscious and treated with Narcan, an emergency treatment for narcotics overdoses, at her home in Hollywood Hills sometime before noon local time. She was then taken to the hospital. Lovato had reportedly been out celebrating a friend's birthday the night before.

People magazine, citing a source close to Lovato, said she was "stable" in hospital about an hour after news of the singer's hospitalization broke; shortly after, her aunt Kerissa Dunn posted on Facebook that she was "awake and responsive."

A heroin and opioid epidemic has ravaged American communities, rich and poor. Between 2007 and 2014, opioid-dependence diagnoses increased 3,203 percent for people with private health insurance, according to data from FAIR Health. An "overwhelming" number of diagnoses occurred among the 19- to 35-year-old age demographic, the nonprofit databank has reported. In 2016, the number of heroin deaths exceeded gun homicides, the Washington Post reported, citing data from the US government's Centers for Disease Control and Prevention (CDC).

Sources familiar with the situation told TMZ that Lovato has been "struggling" recently. She has been public about her struggles with sobriety and her prior abuse of alcohol, cocaine and prescription Oxycontin, but had by all accounts been clean for several years until very recently.

Country singer Brad Paisley offered words of support in wake of the news, tweeting "there is no one more honest or brave than this woman."

My friend @ddlovato is one of the kindest, most talented people I’ve ever met. Praying for her right now, addiction is a terrifying disease. There is no one more honest or brave than this woman.

Lovato first became nationally known with her starring role in the Disney Channel movie "Camp Rock" in 2008 and released her first album that year. She has released five more since, the latest being 2017's "Tell Me You Love Me."

"No area of the United States is exempt from this epidemic; we all know a friend, family member, or loved one devastated by opioids," CDC principal deputy director Anne Schuchat said in March. Some 63,632 US lives were claimed by drug overdoses in 2016, data showed. Between 2015 and 2016, the heroin-related overdose death rate jumped 19.5 percent, CDC reported in March 2018.

Washington, DC, West Virginia and Ohio had the highest death rates as a result of opioids like heroin and Oxycontin for the 2015 to 2016 time period, CDC added.