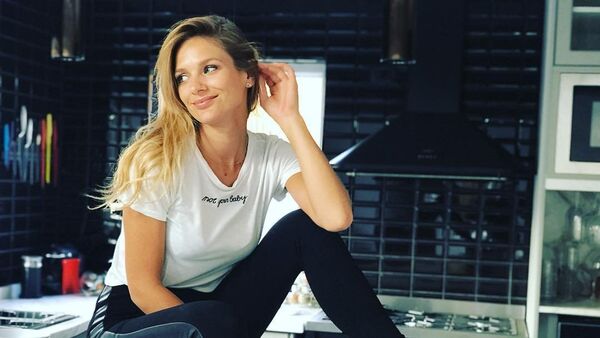 Having finally solved his visa problems, Manchester United’s Sanchez is back on track, joining his squad on a US tour.

Alexis Sanchez’s girlfriend Mayte Rodriguez, a famous actress in Chile, home country to both, has dazzled her nearly 690,000-strong crowd of Instagram followers with a new bikini snap of her standing with her back half turned in a swimming pool.

Rodriguez, aged 29, has been dating the Manchester United star, who is the same age as her, for nearly two years now. She is not new to Instagram fame as she regularly posts memorable shots from her beach holidays and everyday life.

Breath in breath out. #blessed

Sanchez left Barcelona to join London’s Arsenal FC in 2014 and in January 2018, transferred to Manchester to be part of the Red Devils’ squad.

The latter are currently touring the US before a new season kicks off. Sanchez, whose arrival on the tour was delayed due to a number of visa issues, made his first appearance on the tour, brilliantly performing in Manchester United’s friendly match against the San Jose Earthquakes and proved to be the Red Devils’ most vigorous attacker until his substitution.