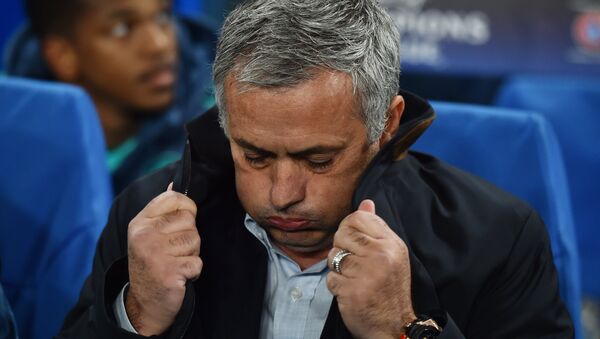 The Red Devils took on the San Jose Earthquakes while on a US tour on Sunday, with the bout ending in a draw.

Speaking to MUTV after the 0-0 draw, the coach showed distinct disappointment with the outcome, saying they are not a team, but “a group of players from different teams.” He nevertheless chose to praise Alexis Sanchez, who joined the Red Devils on their US tour after a short delay due to visa complications, and Andreas Pereira.

“We don’t have a team to play much better than we did but it’s one more training session,” Mourinho rounded off.

The “No team” remark, as well as the Red Devils’ play, fueled a barrage of criticism online, with some Twitter users going as far as calling for Mourinho to be fired. Even a special group has popped up on the social network called “MourinhoOut – The Finished One.”

Mourinho ain’t making it past Christmas as United manager.

Ed Woodward is right not to splash big sums on the likes of Willian and Perišić but on the other hand if he’s going to opt against the managers targets, what’s the point in Mourinho being here?

The club feels like a mess with it only travelling down one route: Mou’s dismissal.

This dude believes in Jose mourinho who will get sacked by December. Man UTD can’t even connect 3 passes together in midfield

Some speculated on to what extent United’s performance had become boring since the former Portuguese star took over the club:

Chief scout leaving, serious lack of signings, mourinho being overly negative. Criticising players, the club etc. It’s all an absolute mess and nobody really knows who’s to blame. Glazers, Woodward? Worrying signs. Even the timing of ribalta leaving is ridiculous!

Just how worried should we be. 😪

A bird flying over the stadium dropped dead on the pitch because it was so bored with Mourinho's Football. pic.twitter.com/RihfgXKli6

Mourniho took over a managerial job at United in May 2016, with the Red Devils having charged him with the task of bringing the good times back to Old Trafford.