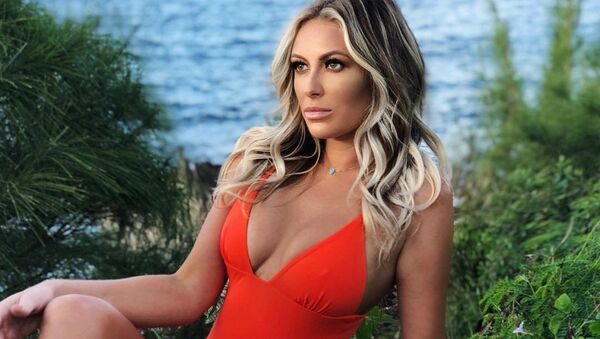 Despite the fact that Dustin Johnson’s British Open championship didn’t get off to a good start, he’ll still have a chance to win a major title, but it seems that he’s already had his lucky strike as he’s won the heart of his gorgeous fiancée.

The 34-year-old Johnson first met model Paulina Gretzky, daughter of NHL hockey legend Wayne Gretzky, in 2009, and while both were in relationships at the time, they got along as friends. Three years later, the two went out for the first time, and after seven months of dating Johnson popped the question.

Even though they have yet to set a date for the wedding, the couple welcomed their first son Tatum in 2015, and last summer Paulina gave birth to their second son, River.

I got 99 problems but you won't be one @djohnsonpga

Paulina has an army of 704,000 Instagram followers, whom she regularly teases with smoking hot pictures in bikinis.

Hotter than you Pink 🧜🏼‍♀️

You had me at Aloha 🌺

Early on she decided not to go to college, but to pursue a career in the entertainment industry, and has become a successful model, gracing the front covers of Flare and Golf Digest.

The 29-year-old bombshell was ranked number 59 on AskMen’s list of the most desirable women in 2014.

The Open Golf Championship, the oldest of the four major professional golf tournaments, kicked off in Britain on July 19.