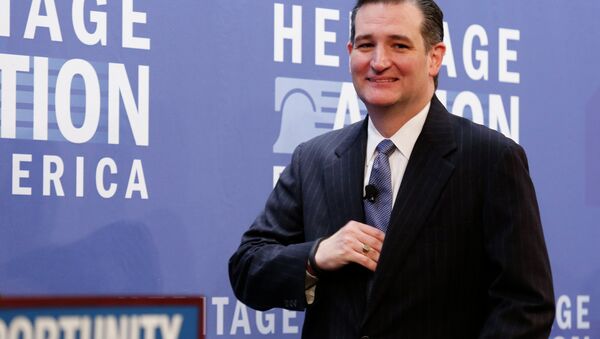 He also called for the Guardians of the Galaxy director to be prosecuted.

Texas Republican US Senator Ted Cruz said in a tweet he is "glad" Walt Disney Company fired James Gunn, the director of both Guardians of the Galaxy movies and called the director to be prosecuted over his years-old tweets, in which Gunn made jokes in a tone that some found offensive.

"Wow. These #JamesGunn tweets are just horrible," Cruz tweeted Saturday. "Child rape is no laughing matter. As Texas [solicitor general], I handled far too many child sexual assaults. Truly evil. I'm glad Disney fired him, but if these tweets are true, he needs to be prosecuted."

Wow. These #JamesGunn tweets are just horrible. Child rape is no laughing matter. As Texas SG, I handled far too many child sexual assaults. Truly evil. I’m glad Disney fired him, but if these tweets are true, he needs to be prosecuted. pic.twitter.com/1IgHC18J4x

​Ted Cruz served as solicitor general between 2003 and 2008. During his time on this position, Cruz argued before the US Supreme Court nine times, winning five cases and losing four.

While Gunn's tweets, included in the screenshot on social media are arguably gross, they did not defend or promote illegal sexual activity.

The director has been fired despite issuing an apology in a series of tweets, explaining his tweets were jokes made many years ago with the sole purpose of shocking his subscribers, and argued that he is a "different man" now.

"It's not to say I'm better, but I am very, very different than I was a few years ago," Gunn said in one of his tweets.

"For the record, when I made these shocking jokes, I wasn't living them out. I know this is a weird statement to make, and seems obvious, but, still, here I am, saying it," he added.