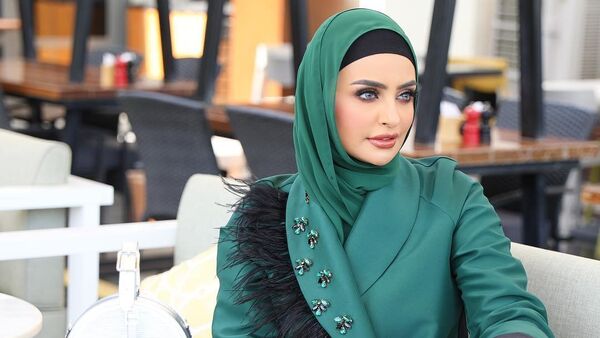 Earlier this week, a Kuwaiti makeup blogger and social media “influencer” with 2.3 million Instagram followers posted a video complaining about the government’s reforms granting domestic workers a number of rights to protect them from labor abuses.

In a now-deleted Instagram clip, Sondos Alqattan laid out her thoughts on the Kuwaiti government’s decision to allow Filipino migrant workers to take a day off every week and not surrender their passports.

“The new laws that have been passed are pathetic. Honestly, I disagree. For [a maid] to take a day off every week, that’s four days a month. Those are the days that she’ll be out. And we don’t know what she’ll be doing on those days, with her passport on her. How can you have a servant at home who gets to keep their passport with them? If they ran away and went back to their country, who’ll refund me? I don’t want a Filipino maid anymore,” she told her 2.3 million followers.

Her remarks have sparked outrage, with many dismissing the Kuwaiti celebrity as the “face of modern day slavery” and calling on major beauty companies partnering with Alqattan to boycott her:

I am calling out @ShiseidoUSA @phyto_usa @Bellacontacts @HP @ABHcosmetics and any other brands associated with Ms. Alqattan. How does it feel having someone like, Sondos Alqattan who literally supports Modern Day Slavery, represent you?

Loved @ABHcosmetics but until they do something about the hateful, racist, and deragatory comments made by Sondos Alqattan, then I refuse to purchase any of their products. They would be enabling modern day slavery. Domestic workers are PEOPLE NOT SLAVES.

boycotting an influencer. anybody who thinks keeping their employee's passport is their right and anybody who believes a working person does not deserve at least one day off, is out of touch with humanity #SondosAlqattan #slavery

#SondosAlqattan you're a terrible human being. you don't own a filipino domestic helper no matter how much you pay for his/her service. you don't have any right to hold his/her passport, or to make them feel bad about having a day off. shut up and stick to your petty endeavors.

I wonder what the sponsors @Shiseido @LieracParis @PHYTOuk #ETUDEHOUSE think about the racist and pro-slavery statements made by their endorser Sondos Alqattan. Not buying these products again until they publicly denounce slavery. #corporatesocialresponsibility #notoslavery pic.twitter.com/lQhQYPVCvg

Users pointed out the contradiction between her exterior beauty and her “ugly attitude”:

Maybe you should eat some make up so you can be pretty on the inside too. #sondosalqattan

@sondosalqattan I used to like you because i think u are an amazing woman, but what you said about Filipino domestic helper is below the belt, you are nothing but a pretty face, rotten from the inside..

Others demanded that she publicly apologize for her statement and called her “ignorant”:

Overseas Filipino workers are seen and treated as mere slaves! We demand a public apology from Sondos Alqattan!

More so, we demand the END OF LABOR EXPORT as government policy! Provide better opportunities for our countrymen here in our own country— pic.twitter.com/k0K1tGE15R

Ignorance and backwardness come in all shapes and forms. Bravo Filipino community for demanding your rights as domestic workers. The Gulf has a lot to learn. Hope this MUA/influencer loses a lot of clients & endorsements. That should raise her standards. #boycott #sondosalqattan https://t.co/Pqvm30QcFj

Kuwait, like many other Middle East countries, operates a kafala sponsorship system for unskilled migrants who work primarily in the construction and domestic sectors. The system was at the epicenter of a diplomatic standoff between the Philippines and Kuwait when Philippine President Rodrigo Duterte banned his country’s citizens from traveling to the Gulf state to work in light of a series of murder cases involving Filipino victims.

In May, the Philippines and Kuwait signed a memorandum of agreement providing additional protection for overseas Filipino household workers in the Gulf state. Under the new law, employers should provide Filipino workers with food, clothing, health insurance, standard labor contracts, as well as the right to use cell phones, keep their passports and have one day off per week.