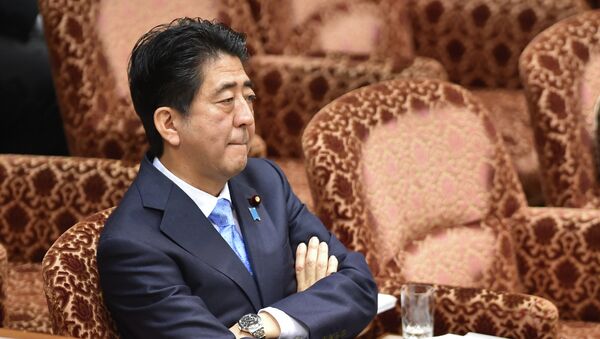 Japan's opposition parties have unanimously submitted a no-confidence motion against the Cabinet of Prime Minister Shinzo Abe to the Lower House after a meeting of their leaders on Friday, NHK reported.

A vote of no confidence in the Japanese government will be held Friday in the lower house of parliament, the local media reported. The motion was submitted against Prime Minister Shinzo Abe’s cabinet by opposition centrist and leftist parties, the NHK public broadcaster said.

The opposition Constitutional Democratic Party president Yukio Edano reportedly said the cabinet had failed to take action in response to the deadly flooding and instead debated bills that were not urgent. Edano also emphasized that the Cabinet's stance is "irresponsible and untrustworthy."

However, the ruling coalition reportedly plan to vote down the no-confidence motion, stressing that the creation of a political vacuum would harm efforts to effectively deal with the aftermath of the disaster, Japan's broadcaster reported.

The death toll from disastrous floods and landslides has risen to 225, with 14 others missing, the Kyodo news agency said citing police figures. The damage in 36 prefectures is estimated at $697 million.