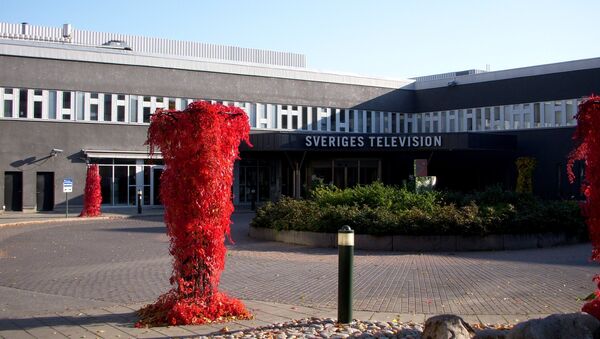 Some viewers admittedly had troubles understanding the anchor, whereas others saw it as a sign of disrespect for the Swedish language. The broadcaster retorted that dialects and accents were "part of the language diversity that exists in Sweden."

Swedish national broadcaster SVT brought on a news anchor with a strong accent earlier this week in its evening news broadcast in Stockholm, which sparked a searing debate in the social media.

Amid reactions such as "absolutely incomprehensible," "don't understand a word of what he says" and "what the hell is this," many wondered why SVT let someone with a subpar command of the Swedish language read the news in prime time.

"Hello, SVT Stockholm. Why do you hire news anchors who can barely handle the Swedish language? Shouldn't there be a minimum requirement?" user Phel Vaerdegrund tweeted.

While many users felt insulted by SVT's "lack of respect for the viewership," some went so far as to venture that this "provocation" was part of a political plot.

"This reeks of political left-wing activism long way in order to trigger a storm on social media from the "brown right," which then will be used to induce "righteous anti-racist anger." Everything is in place in order to frame the right-wing before the election, user Hiraeth argued.

Yet another user quipped sarcastically that hiring a mute anchor will be the next step in the "affirmative action hysteria." "What's the point of deliberately depleting the Swedish language?" another one wondered.

"Those who get most disadvantaged by this kind of thing are older people, who often have bad hearing and may also have a certain aphasia (dysphasia) and, of course, immigrants themselves, who won't be able learn Swedish correctly," another user stepped in.

Incidentally, many reactions came from people who have immigrant backgrounds themselves and believe that this decision neither promotes the integration debate nor alleviates social divisions.

"The signal that is sent is 'our language doesn't deserve enough respect to be pronounced correctly", journalist, author and debater Nima Dervish, who fled to Sweden in the midst of the Iran-Iraq war in the 1980s, tweeted.

"Not the first time it happens in public service either. I have heard news reader/reporters both at Swedish Radio and SVT speak Swedish with such a thick accent that it was occasionally hard to understand what they said," user MX Cartoons wrote.

SVT, however, seemed unperturbed by the debate.

"Dialect and accents are part of the linguistic diversity that exists in Sweden," SVT editorial head told the news outlet Nyheter Idag, arguing that the anchor had the right to his own way of speech.

Fernando González, the news anchor who sparked the debate, is a Colombia-born journalist who by his own admission has been living in Sweden since 2010 and has a previous experience from TV4 and Swedish Radio.

"To hear from other 'immigrants' that I'm a model for them makes me really proud. What all the haters write is automatically sent into the trash bin. Look how happy I am. Did you believe your bad comments affect me? Not at all! Nada! Hahaha," González tweeted.