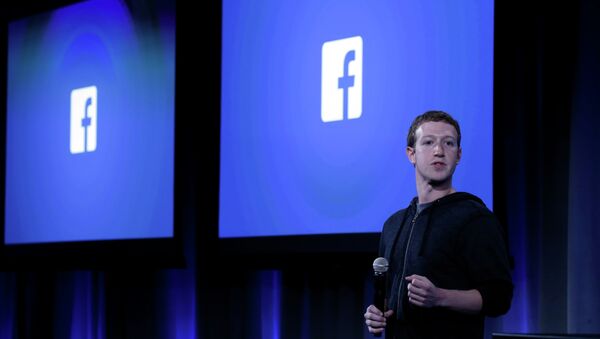 Facebook chief executive Mark Zuckerberg promised the network would not prevent people from unintentionally saying something untrue as he promised not to ban Holocaust deniers.

In a Wednesday interview with the Recode tech news website, the billionaire of Jewish descent said he found deniers of mass killings of Jews during World War Two "deeply offensive" but this was not enough to bar them from using the platform.

"I don’t believe that our platform should take that down because I think there are things that different people get wrong. I don’t think that they’re intentionally getting it wrong," he was quoted as saying.

Australian PM Wants Zuckerberg to Testify on Data-Sharing With Huawei
After a backlash over his response Zuckerberg issued a statement to the website, saying he did not want to defend the intent of those denying Holocaust.

But he stressed the network’s priority was to fight the spreading of misinformation and posts advocating violence.

In June, The Business Insider reported that Facebook investors who jointly control $3 billion of the company's stock were dissatisfied with the chairmanship of its head Mark Zuckerberg and campaigned for his resignation. The investors also want to redraw the company's governance structure, blaming the recent incidents on Zuckerberg's large powers as CEO and chairman.

Facebook faced sharp criticism in March after it emerged that personal data of about 50 million of its users had been harvested by Cambridge Analytica without their permission through a special app.