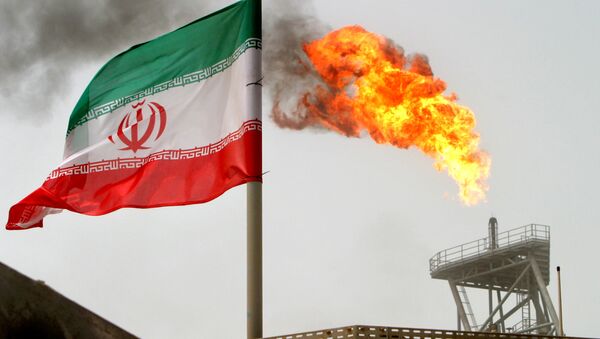 © REUTERS / Raheb Homavandi/File Photo
Subscribe
International
India
Africa
MOSCOW (Sputnik) -The United Kingdom remains committed to doing business with Iran even despite the US decision to withdraw from the Iran nuclear deal, Keith Wellings, the director of the Department for International Trade in the UK Embassy in Tehran, said on Wednesday.

"The United Kingdom government and other European partners have been very clear that we will continue to work with Iran on trade matters; we are very keen to continue to build trade relations between the UK and Iran," Wellings told the Islamic Republic News Agency (IRNA).

Wellings noted that the potential obstacles to trade relations between the two countries did not confine just to the US sanctions.

"Anything that is a barrier to ensuring a smooth commercial relationships is of concern to us… And we are well aware, even ignoring the United States, there are challenges," Wellings indicated.

Earlier in July, US President Donald Trump stated that Washington intends to go ahead with the policy of sanctioning non-US companies which are doing business with Iran. Shortly afterwards, the US Treasury said that the licenses for Boeing and Airbus to sell planes to Iran would be revoked. In May, the United States also imposed sanctions on four Turkish entities for helping the sanctioned Iranian airlines in acquiring equipment and parts.

EU Firms Ask US to Let Them Trade With Iran, Told 'No' – French Fin. Minister
In response, Iran filed a lawsuit against the US in the International Court of Justice over the re-imposition of US sanctions, citing violations to the 1955 Treaty on Iranian-US political and economic relations. Tehran also pledged to secure more of the Indian market for its oil supplies, with Iranian Foreign Ministry spokesman noting that President Trump's aspirations to completely block Iranian oil exports would be impossible to achieve.

In May, US President Donald Trump announced that his country would exit the 2015 Iran nuclear deal, which stipulated the gradual lifting of the anti-Iran sanctions in exchange for Tehran maintaining the peaceful nature of its nuclear program. In addition, Trump decided to reinstate the previously lifted sanctions on Iran. The unilateral move has been opposed by other signatories to the agreement, which pledged commitment to the deal.