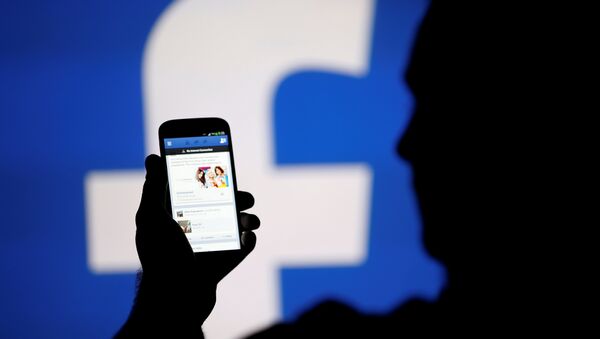 In the wake of the recent developments of the US probe into alleged Russian meddling in the 2016 US President Elections, British and US media hyped comments by a Conservative lawmaker on the Russian trace in the scandal about Facebook data misuse, as he speculated on the results of the probe by the UK’s data protection watchdog.

British lawmaker Damian Collins from the Conservative party, who leads a parliamentary investigation into online meddling, has told the US broadcaster CNN that the Cambridge Analytica data of Facebook users, which the company collected with a specially designed app, were accessed from Russia and other countries. In his interview, he cited the recent discovery by the UK regulator, the Information Commissioner Office, which is investigating the data misuse by Facebook.

"I think what we want to know now is who were those people and what access did they have, and were they actually able to take some of that data themselves and use it for whatever things they wanted," the MP said, as quoted by the US media.

He didn’t give any details of what data was accessed and how it could be used, but implied that “there will be a lot of interest now to see to what extent people in Russia were benefiting” from CA’s work.

"So is it possible, indirectly, that the Russians learned from Cambridge Analytica, and used that knowledge to run ads in America during the presidential election as well," he concluded.

According to him, the ICO is investigating work of Cambridge University psychology professor Alexander Kogan, who designed the data collecting app for Cambridge Analytica; its results are believed to be used by third parties, including Russia.

Kogan commented on the recent revelations in his interview with CNN, saying he didn’t know what could have happened to the data once he handed it over to Cambridge Analytica. The scientist, who happened to be born in the Soviet Union and grew up in the US, confirmed he visited Russia in 2014, before he started gathering data, and in 2016, stating that by that time he had begun to delete the Facebook data.

"On my side, I am not aware of any Russian entity with access to my data," he told the media.

Collins’ claims, hyped by the US media and the British tabloids in the wake of the recent developments of the probe into the alleged Russian meddling in the 2016 US President Elections, repeated the earlier statement by UK Information Deputy Commissioner James Dipple-Johnstonein the interview with the British newspaper Observer, saying "some of the systems linked to the investigation were accessed from IP addresses that resolve to Russia and other areas of the CIS [Commonwealth of Independent States]". The UK’s data protection watchdog hasn’t yet commented on Collins’ claims.

READ MORE: Trump 'Accepts' US Intel on Russia Meddling, Says 'Could Be Other People Also'

The ICO has recently published the interim report on its investigation and slapped Facebook with fines to the tune of $660,000, which is the maximum allowed by law. The probe concluded that “Facebook contravened the law by failing to safeguard people’s information.”

The social media giant has been under fire since March, after it emerged that the personal data of about 50 million of its users had been harvested by Cambridge Analytica without their permission. Later, Facebook estimated the number of users affected at around 87 million. According to the Cambridge Analytic’ whistleblower, the collected datasets were weaponized to sway voter opinion in favor of the highest bidder. The revelation set off a political firestorm stretching across the Atlantic. The company's major fronts included the US 2014 midterm elections, the US 2016 presidential elections, and the UK's 2016 Brexit vote.