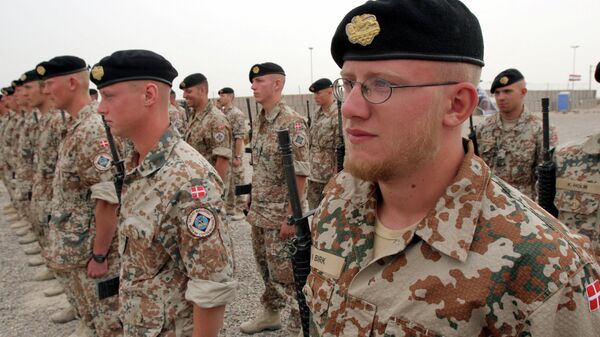 In 2017, 48 percent of young Danes were considered unable to serve, which is not only a record high, but a rise of 20 percent within a matter of two decades. This triggered the concern of the head of a soldiers' union about the general health of young men in the Scandinavian country.

The fact that almost one in two young Danish men is now found to be unsuited for military service was a cause for concern with regard to the general health of young people, according to Flemming Vinther, who chairs the Society for Army Privates and Corporals.

"This tells me first and foremost that we as a society should be worried about the health situation among our young people," Vinther told TV2. "I don't actually think that basic entry requirements for the military are either unfair or extremely high," he added.

In 2017, as many as 48 percent were considered unable to serve, while only 46 percent of young Danes were found suited for military service, the lowest proportion ever according to Berlingske. This marks is an increase of 20 percent since 1995, when fewer than 30 percent were deemed unsuitable.

Of those found incapable of military service, 22 percent of the cases reflected psychological health issue diagnoses, such as ADHD, anxiety or depression, Berlingske reported, citing figures from the Danish Ministry of Defense Personnel Agency. The agency also noted that "more diagnoses" are made today than in the past.

While expressing hope that the military will be okay, Vinther stressed that the high numbers were concerning as an indicator of age groups in which many people don't make the cut to be accepted as soldiers.

"That should switch on warning lights for people who work with young people's health in general," Vinther said.

Denmark, a Scandinavian country of 5.7 million, runs a conscription-based armed forces that numbers 15,500 active soldiers. After tuning 18, all young men are summoned for assessment of their suitability for military service. Those deemed suitable or partially suitable then proceed to draw lots to determine who will actually get to serve. Each year, about 40,000 young Danes reach military age.

Women are not legally obliged to serve but can opt in to military service under the same terms as men.