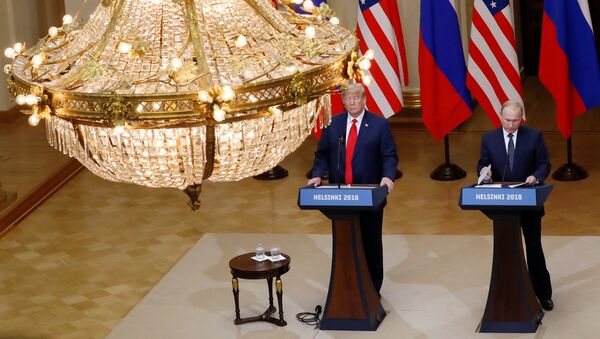 Ahead of the talks, the US president announced that the sides would address a wide range of topics, including trade and nuclear issues.

While Putin said that Russia hopes for "substantial talks on our bilateral talks and various pressing issues on the international agenda," his US counterpart said he thinks "we will end up having an extraordinary relationship."

The agenda of the talks, as noted noted by Trump on the eve of the summit, was poised to include "everything from trade to military, to missiles," as well as China.