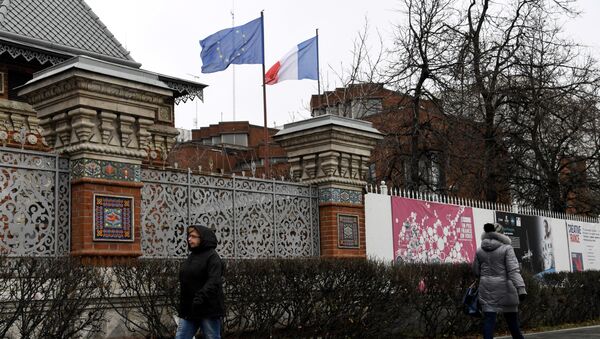 © AFP 2023 / Kirill KUDRYAVTSEV
Subscribe
International
India
Africa
The French Embassy in Russia announced earlier on Monday it had been notified by Russian authorities that Business France was not allowed to carry out its activities in the country anymore.

Addressing the issue, the Russian Foreign Ministry denied that France had informed authorities about the closure, adding that Moscow had ordered Paris to solve problems with Business France.

"If the decision to close the trade mission of France was adopted, then it is clear that this is desire of the French side. We are opting for developing trade relations," the Foreign Ministry added.

According to French officials, the director of the service had earlier been expelled despite his diplomatic status, with his bank account also being blocked.

"The French authorities have decided to close the service of the Embassy of France that supports the activities of Business France in Russia," the embassy's press release read.

The service added it would be relying on its "non-governmental partners" in order to protect the French business in the country.