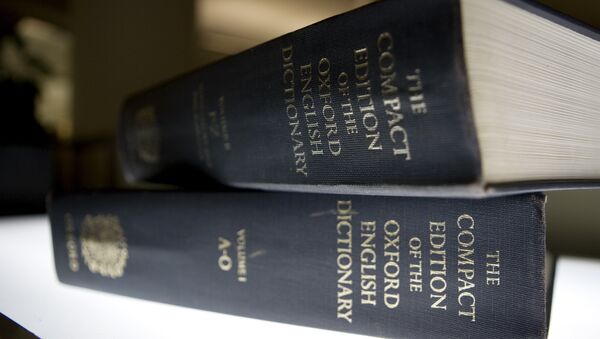 Brennan claimed in his tweet that "Donald Trump's press conference performance in Helsinki rises to & exceeds the threshold of ‘high crimes & misdemeanors.' It was nothing short of treasonous. Not only were Trump's comments imbecilic, he is wholly in the pocket of Putin."

Ex-CIA Chief, US Officials Slam Trump-Putin Presser as 'Treason,' 'Weakness'
Dictionary.com could not stay away from the issue: the word-loving website's Twitter account shared the definitions of the words "traitor" and "patriot" following the meeting between Trump and Putin that sparked fierce criticism among high-ranking US Trump critics.

"Patriot: A person who loves, supports, and defends his or her country and its interests with devotion," the account tweeted.

This was followed by: "Traitor: A person who commits treason by betraying his or her country."

Patriot: A person who loves, supports, and defends his or her country and its interests with devotion.

Traitor: A person who commits treason by betraying his or her country.https://t.co/Keq4fhTlRB

​The press conference also sparked numerous reactions from people with lengthy histories of demonizing Russia, including Republican Senator John McCain and former US Ambassador to Russia Michael McFaul, who has claimed that he is banned from entering Russia for harming bilateral ties between the two nations.

In the meantime, the two world leaders have labeled the talks as highly "successful," "productive" and essential for improving the ties between the countries.

In May, Dictionary.com also jumped on the hype train by mocking Trump for misspelling the word "collusion" on Twitter.

"We have not found collussion either," Dictionary.com tweeted at the time. "We did, however, find collusion. #ItsInTheDictionary."

Add…
Dictionary.com trolls Trump for misspelling collusion: "We have not found collussion either"pic.twitter.com/B2RENv0oYQ