Stick Your Neck Out! California Mayor Wants to Liberate Men From Neckties 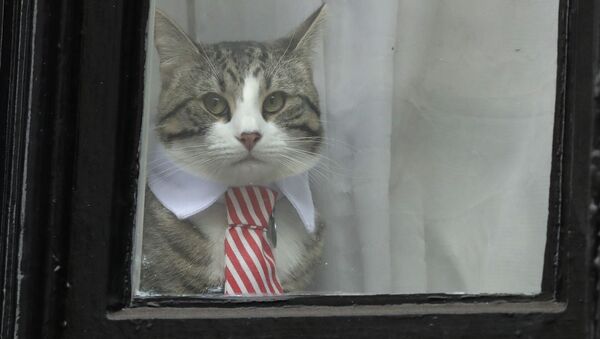 One California mayor has taken up the banner for neck liberation. Lancaster Mayor R. Rex Parris, once a regular tie-wearer, has turned his back on the formal accessories in the name of public health.

Parris, who told the Los Angeles Times for a July 12 story that he "could buy a car" with cash he's shelled out for neckties over the years, has proposed that Lancaster ban employers from requiring the restrictive gear. The reason? Blood flow.

The mayor, now in his fourth term, told the outlet that he came across a blog post citing a new study in journal Neuroradiology that found ties restrict blood flow to the brain by 7.5 percent. If you've got really high blood pressure, that restriction could be fatal.

"I spend a lot of hours every week on an elliptical or a bike just to increase blood flow to my brain," he said, "and it turns out every morning when I put on a tie I'm diminishing it." Not that he's stopped wearing ties himself just yet — an attorney, Parris still has to appear in courts, which demand "business attire." In the US, for men, that still means a tie.

But it might not for long, if Parris has his way. The mayor asked the city attorney at a Tuesday council meeting if a ban on necktie requirements would be feasible, and has also requested that the city's Criminal Justice Commission look into the matter. The LA Times notes that the Criminal Justice Commission must be involved because some kind of penalty would have to be given out to employers that violate the potential ban.

Tradition or not, "I don't think it's appropriate in America today to make anyone do something that is now known to be detrimental to your health," the new naked neck crusader said. "Especially if it's based on gender."

The Western working world seems to be trending toward the casual, with men's magazines proclaiming "The Death of the Tie" a number of times in the last decade. The requirement that members of Parliament in the UK's House of Commons was lifted in 2017 and a report in February found that only one in 10 UK workers wears a suit (and, presumably, a tie) to work. But the tie does remain one of the major signals of formality in men's wear, a indication of respect. And "black tie" and "white tie" remain dress code designations.

No word on whether two scourges of women's businesswear, pantyhose (which can contribute to urinary tract infections, yeast infections, athlete's foot and skin rashes, doctors say) or high heels (which studies have linked to bunions, muscle cramping and shortening and of course, ankle injuries, as well as serious back and spinal injuries).