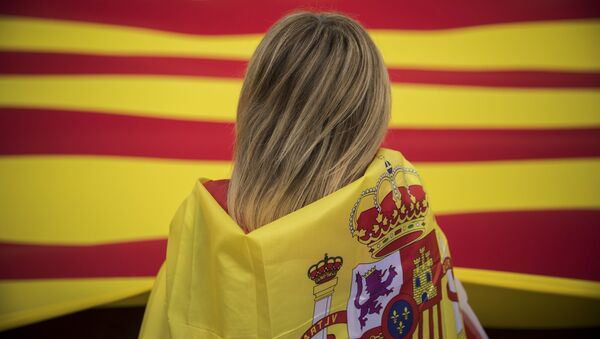 Catalan President Quim Torra has met with SNP leader Nicola Sturgeon amid the ongoing effort by the Spanish government to extradite Professor Clara Ponsati for her part in the independence referendum. Sputnik spoke with Clara Ponsati’s lawyer Aamer Anwar to find out if she would avoid extradition.

Sputnik: Is Clara optimistic about the case?

Aamer Anwar: She knows that we have an uphill struggle. Normally in extradition cases it’s weighted in the favour of European countries, who are expected to have a fair and impartial judicial system. So this case is unique as it is the first time a European country is being accused of failing all of these tests.

Sputnik: Does the EU need to step in and accept referendums such as Catalonia as legitimate?

Aamer Anwar: The EU should hang their heads in shame. Whether somebody believes in independence or not; this is an issue about justice and the rule of law, about defending human rights and their right to self-determination. The fact that the EU has not condemned the violence against protesters during the referendum is simply shocking.

Sputnik: Has Spain been inconsistent regarding its expatriation requests?

Aamer Anwar: Spain has been accused of abusing the European arrest warrant system, as people are being chased across Europe, simply because they exercised their right to vote and for peacefully promoting the referendum. It should be thoroughly examined and analysed once these cases are out of the way.