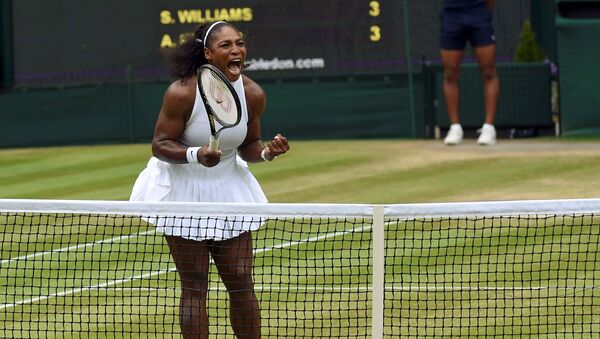 Serena Williams will attempt to win her 24th Grand Slam tournament at Wimbledon on Saturday against Germany's Angelique Kerber, who she beat in the 2016 final. Sputnik looks at how unusual it is for sportswomen to come back to top form after having a child.

Williams beat another German, Julia Görges, in the semi-final at the All England Tennis Club on Thursday, July 12.

The match against Kerber — the number 11 seed — will mark a remarkable comeback for the 36-year-old, who went on maternity leave after winning the 2017 Australian Open and gave birth to a daughter.

Many tennis fans thought it was an insult to Williams — who has won Wimbledon seven times — when she was named as only the 25th seed at the start of the tournament.

What would I do without all your support? I love you all!! pic.twitter.com/HBpSzlFbgK

​Tennis pundits felt Williams, who only gave birth in September last year, might struggle to make it through to the final at Wimbledon. 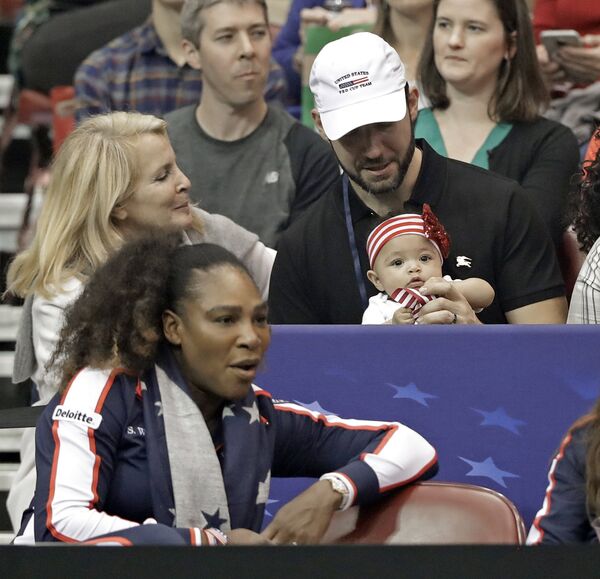 But the American blasted her way past Arantxa Rus of the Netherlands, Bulgaria's Viktoriya Tomova, France's Kristina Mladenovic and Russia's Evgeniya Rodina — all in straight sets — to set up a meeting with Camila Giorgi in the quarter finals on Tuesday, July 10.

Given A Fright in Quarter Final

The Italian player gave her a fright, winning the first set, but Williams rallied and eventually won the match 3-6, 6-3, 6-4.

Chinese tennis player Li Na, who quite playing four years ago and is bringing up a young family in Beijing, said she was stunned by Williams' impressive comeback.

Omg. #SerenaWilliams just hit that ball so hard and with an angle out of this world. 💪🏾

​Li Na, who won 2011 French Open and 2014 Australian Open, said she was amazed at how fit Williams looked.

"I'm surprised she's playing so well. It's very tough, especially for women, to find the balance between your children and tennis. But I think she's doing well," she told AFP.

"After four years, I'm still not trying to come back. Especially for the woman, the body changes a lot. And you have at least four or five months where you can't sleep for the whole night. When the baby cries or moves, the woman always wakes up the very next second, so it's very tough," she said.

not to be dramatic but @rogerfederer & @serenawilliams said they would retire together, and that day will probably be the absolute worst day of my life

​Kerber Stands In Way Of History

The only woman now standing in the way of Williams' 24th Grand Slam title is Kerber, who saw off 2017 French Open winner Jelena Ostapenko of Latvia in straight sets.

Kerber won the Australian Open and the US Open in a momentous 2016, when she reached the top spot in the ITA tennis rankings. After a woeful 2017 the 30-year-old regained her form and will be a tough opponent for Williams on Saturday, July 14.

Williams is not the first tennis player to have come back to challenge for a Grand Slam tournament after having a child.

In the 1970s Australia's Margaret Court and Evonne Goolagong Cawley won majors after giving birth but the physical demands on players were less intense at the time.

Court, whose record of 24 Grand Slam titles Williams is hoping to equal on Saturday, had three children in all.