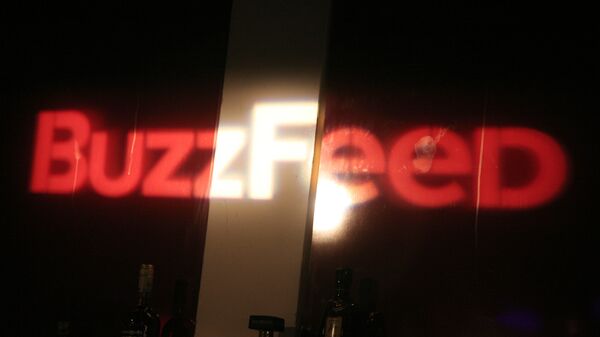 Ben Smith, editor-in-chief of Buzzfeed News, has failed to comply with a judge’s “mandatory” order that he attend a mediation hearing with Russian entrepreneur Aleksej Gubarev, who sued the outlet over libelous allegations made against him in the infamous dossier compiled by a former British spy about Donald Trump.

Gubarev and Smith were to meet on July 27 in a New York City law office on orders of District Judge Ursula Ungaro, whose mediation order stated, "The appearance of counsel and each party is mandatory."

Buzzfeed denies that it ditched a mandatory meeting, telling the Washington Times that Smith was not required to attend.

The case is over the infamous "Steele Dossier," which was written by British intelligence agent Christopher Steele and claimed, among a number of other allegations, that the Russian government was blackmailing then-presidential candidate Trump with tapes of Russian sex workers urinating on a bed in a Moscow hotel room formerly rented by then-President Barack Obama.

Gubarev, however, is suing over the allegation inside the dossier that he had sent pornography and spyware to Democratic Party computers, a claim he roundly denies. Gubarev's lawyer, Val Gurvits, is up in arms over Buzzfeed's no-show, saying that Smith violated the judge's order.

The mediator, Rodolfo Sorondo, contemplated imposing sanctions on the Buzzfeed team for their noncompliance.

Because it wasn't mediated, the lawsuit will now go to trial in a Florida court in November, unless Judge Ungaro throws the case out under the legal doctrine of "fair reporting privilege," according to Washington Times.

A number of other news outlets declined to report on the Steele Dossier even though it was sent to them, finding its claims dubious.