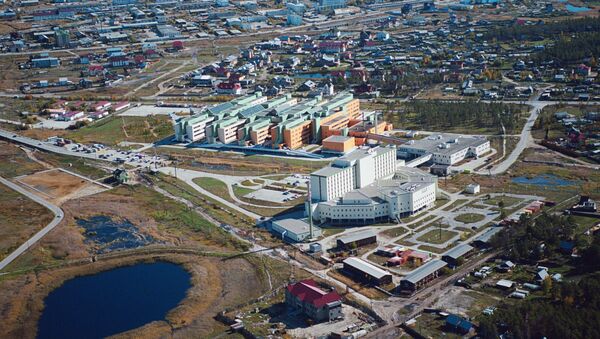 The 1st International Science Games officially opened at the Triumph sports facility here today, bringing together the best school teams from Russia as well as other countries.

The impressive opening ceremony involving ethnic performers and dance companies highlighted Yakutia's unique specifics and culminated in an all-out flash mob. Over 700 children, including 169 from 17 countries and 97 from 17 Russian regions, took part in the Games' contests and other events.

"The world is changing rapidly nowadays, with the incipient Digital Age erasing all borders and distances. Dear friends, the future of this new world depends on you. It goes without saying that you are the future intellectual elite of the planet and Russia, our country, is striving to carve out its own global niche that would befit a great science and technological power," Acting Head of the Republic of Sakha Yakutia Aisen Nikolayev told participants in his video address.

According to the press center of the Games, Acting Prime Minister of Yakutia Vladimir Solodov greeted participants, experts, tutors and guests at the Triumph sports facility.