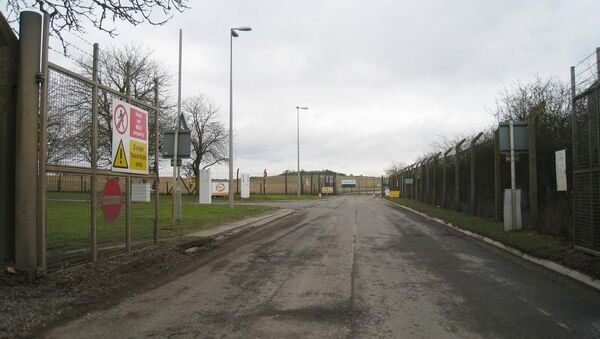 MOSCOW (Sputnik) - Head of the Russian delegation to the Organisation for the Prohibition of Chemical Weapons (OPCW) Georgy Kalamanov on Tuesday urged UK authorities to explain what work was being carried out in the Porton Down laboratory.

"It seems that the time has come for the UK authorities to explain clearly what work is being carried out in the laboratory of Porton Down, the center for protection from chemical weapons, where, in fact, the same toxic chemical that belongs to the group of new nerve agents called 'Novichok,' which are being studied in Western countries, is being produced" Kalamanov said at the session of the OPCW Executive Council.

The Porton Down lab, one of the UK government's main chemical research facilities, was involved in the investigation of the nerve agent attacks in the towns of Salisbury in early March and in Amesbury in early July. By an odd coincidence, both towns are located just some 7-8 miles from the lab.

UK Not to Impose New Sanctions on Russia Over Amesbury Incident - London
On March 4, Russian ex-spy Sergei Skripal and his daughter Yulia were found unconscious in March on a bench at a shopping center in Salisbury. The United Kingdom and its allies have accused Moscow of having orchestrated the attack with what UK experts claim was the A234 nerve agent, albeit without presenting any proof. Russian authorities have strongly refuted the allegations as groundless. Both Skripals have been discharged from the hospital.

On the morning of July 4, the UK police reported a "serious incident" in Amesbury, Wiltshire, where two people were exposed to an unknown substance and were hospitalized in critical condition. Later, Scotland Yard confirmed that the man and woman were poisoned with the same substance as the Skripals. On Sunday, the victim of poisoning, 44-year-old Dawn Sturges, died at the Salisbury District Hospital. On Monday, UK Defense Secretary Gavin Williamson accused Russia of carrying out the poisoning attack. On Tuesday, the second victim, 45-year-old Charlie Rowley, regained consciousness.