'It's Always the Bacon': Netizens Giggle Over Fake Saudi Prince Outed by Pork 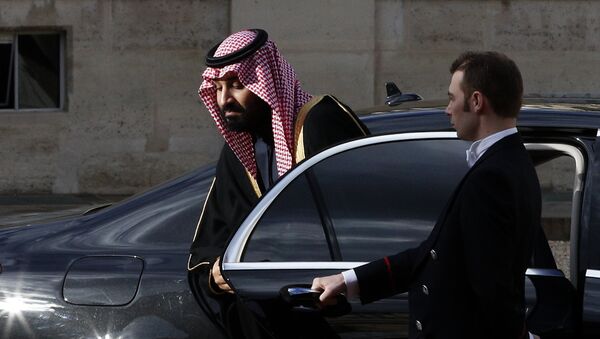 Prince Charming claims he came from a faraway place, where the caravan camels roam. But did he, in fact? Unfortunately, life is not like Disney cartoons, even if you're a deep-pocketed investor.

In May, a Florida court convicted a con who called himself Saudi royalty, wooing local investors into giving up millions of dollars. According to the Miami Herald, the rogue got busted due to his ignorance of Muslim traditions.

Local police found out that Anthony Gignac, 47, was born in Colombia. He moved to the US in the early 1990s and has been using stolen identities since 1991, including in Florida.

He was living a lavish lifestyle in a penthouse on Fisher Island off Miami Beach, buying up Ferraris, Rolls Royces, Rolex watches, Cartier jewelry, and intended to buy himself a hotel.

In his latest attempt to use the "Saudi prince" scam, Gignac targeted Jeffrey Soffer, a real estate developer with Turnberry Associates.

'It's Always the Bacon': Netizens Giggle Over Fake Saudi Prince Outed by Pork

At first, Soffer was lured into dealing with the rogue by his pitch to buy a stake in one of his hotels.

However, the potential business partner wised up as Gignac had no problem with eating haram meals such as bacon and pork, products even Arab princes are prohibited from eating according to Muslim tradition.

Soffer had his security team check out Gignac, Miami Herald says, and reported his suspicions that he might be a con man to the federal police. Gignac, who has been locked up in a Miami detention center since November, pleaded guilty to impersonating a foreign government official, identity theft, and fraud on Monday.

The scammer's fail got big laughs on Twitter, with some users blaming the bacon rather than the con man's ignorance.

That's almost a good disguise though. He's a Saudi Prince! He does as he wishes, even eats pork!

I too have a weakness for bacon that has cost me dearly….

It's always the bacon.

Ladies and gentlemen, I introduce: the next president of the United States!

Is THIS the most Miami thing ever?