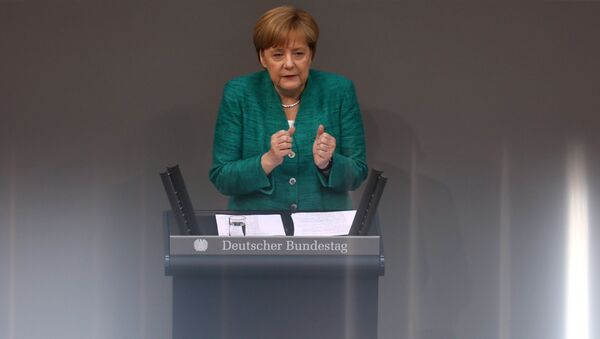 According to Henrik Jensen, a lack of willpower to pay for Europe's own defense is indicative of a similar lack of will or ability to effectively protect Europe's borders against illegal immigration, despite having an eye-opening moment in 2015.

Danish historian Henrik Jensen has addressed the European criticism of US President Donald Trump that emerged prior the NATO Summit in Brussels by calling the EU the "sick man among empires" in an opinion piece published in the daily newspaper Jyllands-Posten.

According to Jensen, Europe's unwillingness to pay for its own defense results in the "usual circus" where the problems are being blamed on Donald Trump, with predictable consequences. He went as far as to say it could result in "World War III, Chinese World Domination or Russian World Domination."

"But the problem is the European leaders who imagine that the defense towel you threw in after World War II still holds. If anything goes wrong, we will simply call Washington and the cavalry will arrive soon," Jensen wrote. "Indeed, Europe's leaders promised to meet the 2-percent-of-GDP requirement, but it was a promise for constitutionally paralyzed Barack Obama. No one predicted someone like Donald Trump, who actually means it," he added.

The constant criticism of Trump as a "terrible, false and lousy president," Jensen argued, is designed to cover the fact that the EU is in fact, the "sick man" of empires.

"The recent years have revealed European leaders' total lack of due diligence, with a confused Angela Merkel as a symbolic figure. What happened in 2015 was shocking. What is happening now is even more shocking, because it shows that the European political center is paralyzed," Jensen argued.

After World War II, Jensen wrote, all European armies, fleets and air forces melted away, or rather were converted to make welfare states. We thrived off it for many years, but now it all boils down to the fact that it is about to end, just like the political consensus that held during these 'fat years.'

The crux of the problem lies with the European Union, and it is not because of nationalism or populism, it is because its political center is unable to act, Jensen contended. The lack of willingness to pay for your own defense is symbolic of the lack of will or ability to protect Europe's borders effectively against migration, despite having an eye-opening moment in 2015, Jensen wrote, referring to the migrant crisis when the EU nations received over 1.3 million applications in a year, followed by another 1.2 million the following year.

According to Gallup, there are 700 million adults in this world who dream of migrating to achieve prosperity and well-being. 23 percent of them want to come to the EU. It is about 160 million. The European Center-Left still believes that both open borders and welfare states can be maintained. It's an illusion, Jensen wrote.

"So no, the EU's problem is not Trump. It is Merkel," Jensen concluded.

Henrik Jensen is a historian, author and senior lecturer at Roskilde University, Denmark with a focus on history, culture and society. Jensen is the author of several books on topics including World War I, patriotism and the welfare state.

The views and opinions expressed by Henrik Jensen do not necessarily reflect those of Sputnik.