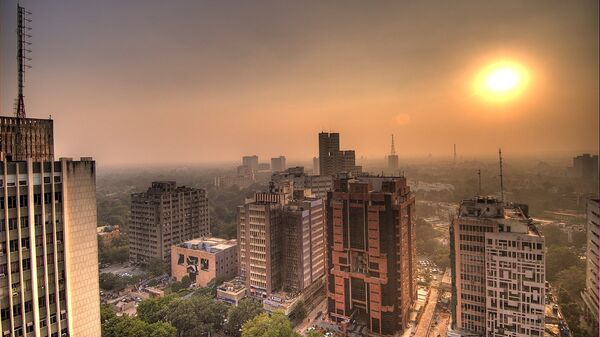 Frequent dust storms crossing Delhi in the past few years have caused serious concerns, as the hazardous dust poses health risks to the city's residents. The matter has gained international attention as Delhi is also home to numerous diplomats from all around the world.

New Delhi (Sputnik) – India's national capital Delhi will have trees planted around it to protect the city from dust storms. The government is planning to build the "green shield" using around 31 lakh trees, which will be planted in the peripheries of Delhi bordering the neighboring states of Haryana, Uttar Pradesh, and Rajasthan.

https://t.co/gCAnbWOf8T Delhi To Get a ‘Tree Wall’ With 31 Lakh Green Guards to Shield It From Dust Storms! pic.twitter.com/j74KM8lzj8

The natural barrier shielding the capital will also encompass the Aravali hills, as well as the Yamuna forests, which are around the city, the PTI reported, quoting government sources. This initiative has also prompted residents living in the suburbs, including the city of Gurugram, to demand such protection.

The proposal is being widely debated on social media.