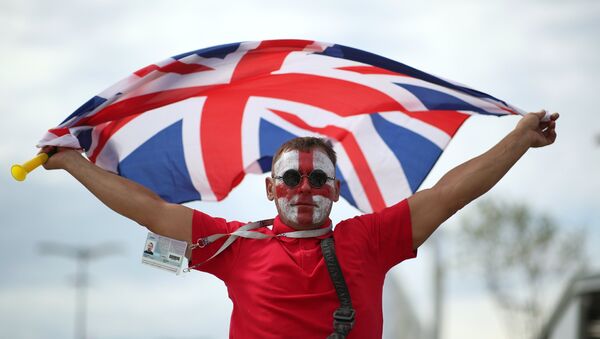 MOSCOW (Sputnik) - The UK Foreign Office published on Monday the formal advice to the citizens traveling to Russia for England's semi-final match against Croatia, urging the fans to remain "vigilant" due to political tensions between the United Kingdom and Russia.

"Due to heightened political tensions between the UK and Russia, you should be aware of the possibility of anti-British sentiment or harassment at this time. If you’re currently in Russia or due to travel in the coming weeks, you're advised to remain vigilant, avoid any protests or demonstrations and avoid commenting publicly on political development," the Foreign Office said in a statement published on its official website.

The office noted that "the British Embassy in Moscow is not aware of any increased difficulties for British people traveling in Russia," but urged the UK fans to "follow the security and political situation closely and keep up to date with this travel advice."

No Plans to Shift Men's Final at Wimbledon to Avoid Clash With World Cup Finale
The Russian-UK relations significantly deteriorated in March over the poisoning of former Russian double agent Sergei Skripal and his daughter Yulia in the UK city of Salisbury. The United Kingdom accused Russia of being involved in the attack, while Moscow has refuted the allegations and repeatedly pointed to the lack of evidence provided by London.

England defeated Sweden 2-0 in the quarter-finals on Saturday and will next face Croatia at Moscow's Luzhniki Stadium on Wednesday.