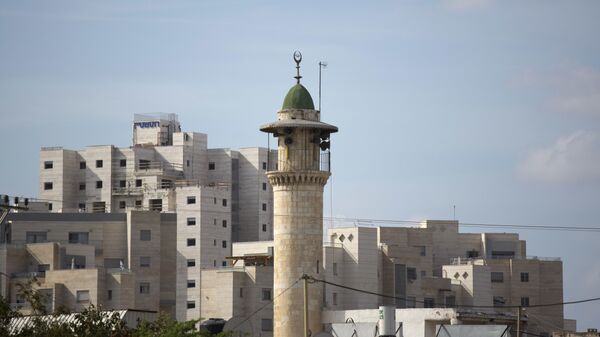 The opposition to Muslim calls to prayer peaks among right-wing Sweden Democrat voters, 96 percent of whom would like to see a prohibition policy in place.

A clear majority, or 61 percent, of Swedes are in favor of a ban on Islamic calls to prayer, a recent survey conducted by pollster Novus on behalf of national broadcaster SVT has shown.

A total of 28 percent of Swedes oppose the idea of a ban, while another 11 percent were either undecided or refused to take a stand on the matter.

Among right-wing Sweden Democrats and center-right opposition Alliance voters, 96 and 62 percent respectively were in favor of the ban. By contrast, voters supporting the current red-green coalition government comprised of the Social Democrats and the Greens were roughly equally divided on the matter.

Despite the fact that a clear majority of Swedes are against Muslim prayer calls, only two parliamentary parties are currently in favor of a ban, the Sweden Democrats (SD) and the Christian Democrats (KD). While the former have been consistent opponents of Islamic prayer calls, having even submitted a motion in favor of the ban in 2017, the latter changed course only recently, with KD leader Ebba Busch-Thor venturing that prayer calls risk "facilitating the cause of those who want to create parallel communities."

The issue of Islamic prayer calls first became the focus of national attention this spring, when the Växjö mosque received permission to broadcast prayer calls at a maximum of 110 decibels every Friday, sparking a hot debate. While the advocates of the prayer calls say they bolster the stance of Islam as one of Sweden's religions and promote the acceptance of multiculturalism among the general population, opponents argue they violate the principle of freedom of religion by spreading religious messages against people's will.

The first prayer call on Swedish soil resonated in April 2013 from the 32 meter tall minaret at Fittja Mosque. In terms of cultural significance, Muslim prayer calls have sometimes been compared with Christian bell-ringing. While Fredrik Modéus, the bishop of Växjö, welcomed the prayer calls, adding that they would promote inclusion and integration, the Sweden Democrats argued that only Christian bell-ringing is part Sweden's cultural and historical heritage.

The exact number of Muslims in Sweden is debated due to the fact that religious profiling is not allowed in the Scandinavian country, but has been estimated at about 8.1 percent of Sweden's total population of 10 million by the Pew Research Center.