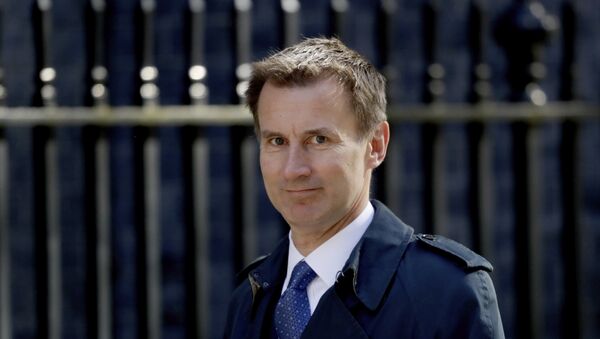 The office of UK Prime Minister Theresa May released a statement Monday saying, "The Queen has been pleased to approve the appointment of the Rt Hon Jeremy Hunt MP as Secretary of State for Foreign and Commonwealth Affairs."

Johnson revealed Monday that the handling of the terms of Brexit was the underlying cause of his resignation.

"Brexit should be about opportunity and hope. It should be a chance to do things differently, to be more nimble and dynamic, and to maximise the particular advantages of the UK as an open, outward-looking global economy," Johnson's resignation letter states. "That dream is dying, suffocated by needless self-doubt."

"It now seems that the opening bid of our negotiations involves accepting that we are not actually going to be able to make our own laws," he added.

Prior to his role as health minister from 2012 to 2018, Hunt served as the secretary of state for culture, media and sport from 2010 to 2012. UK Culture Secretary Matt Hancock will be taking over Hunt's position as the health minister.

Meanwhile, Theresa May's spokesperson said that the UK white paper on the conditions of the country's withdrawal from the European Union will be published on Thursday.