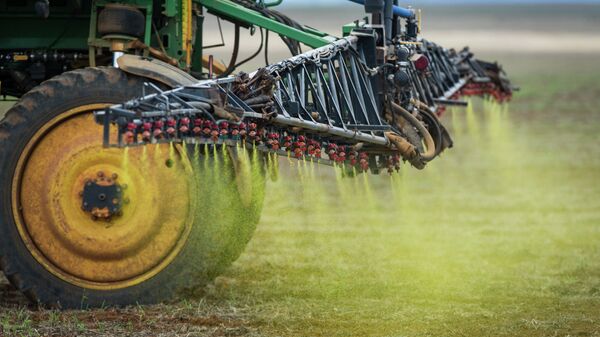 Soybean farmers in the US are thoroughly displeased with the ongoing trade dispute with Beijing as they rely on exports to China.

The American Soybean Association (ASA) warned that President Trump’s trade dispute with China could result in serious damage to their industry.

John Heisdorffer, an Iowa soybean farmer and president of the ASA, is lobbying Trump to change his mind about the tariffs.

"Soybeans are the top agriculture export for the United States, and China is the top market for purchasing those exports," Heisdorffer said in the statement. "The math is simple. You tax soybean exports at 25-percent, and you have serious damage to U.S. farmers,” The Hill reported him as saying.

Soybeans, orange juice, whiskey and electric cars are among the US products that are threatened by retaliatory tariffs from China.

Why Trump's Idea to 'Fix' Global Trade System May Result in US Isolation
In a similar situation are members of the Maine lobster industry, who have also voiced their concern over the new tariffs on lobster exports, as it could heavily affect the industry.

"We will lose a crucial part of the market that we've developed over the years here in Maine — losing sales and revenue for our company, possibly making us eliminate jobs," Adams said.

The same day, China imposed an additional 25 percent tariff on US lobster exports, forcing lobstermen in the state of Maine to look for other markets for their product.

The president has been critical of Beijing and his tariffs have caused China to accuse him of starting "the biggest trade war in economic history,” the publication reported.