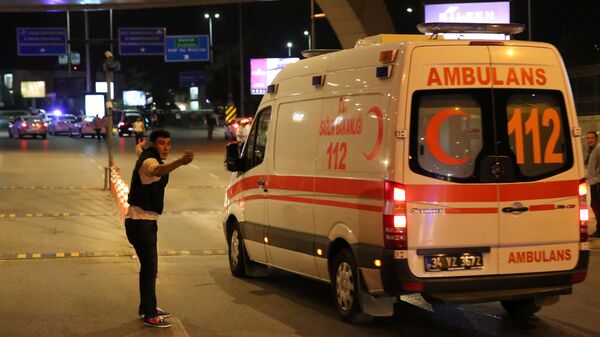 According to Anadolu, five carriages came off the tracks in Turkey's northwestern province of Tekirdag, not far from the Greek border. The train was carrying more than 300 people.

At least 10 people were killed and 73 others injured after five train carriages came off the tracks in Turkey's northwestern province of Tekirdag, not far from the Greek border, TRT Haber reported Sunday, citing the country's health ministry.

According to TRT Haber, more than 100 ambulances have been sent to the scene of the accident.

As the Daily Sabah reported, citing province's governor Mehmet Ceylan, the injured were evacuated from the scene of the accident by helicopters. Ceylan cited bad weather conditions as the cause of the derailment.

Earlier, Anadolu reported that the train which derailed in northwest Turkey on Sunday was carrying 362 passengers and was headed to Istanbul from the town of Uzunkopru, located in Edirne province.

Reacting to the derailment, the president's office said Erdogan had received information from the ministers of transport and interior about the tragedy and expressed condolences for those killed.

Reasons for the derailment and the number of victims remain unknown. However, CNN Turk reported that a collapsed bridge could possibly be the cause of the incident.