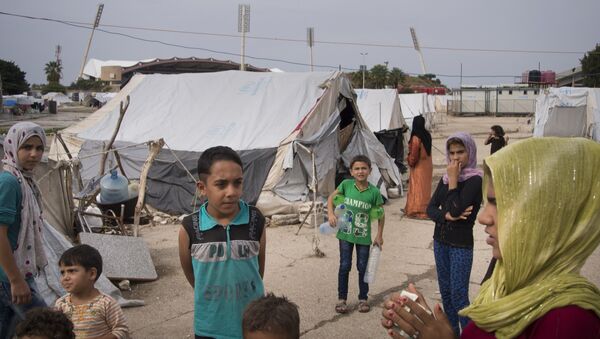 LATAKIA (Sputnik) - About 20 percent of refugees have returned from temporary housing to their homes in the province of Hama after the liberation of the region from militants, Hama governor Mohammad Abdullah Hazzouri told reporters.

"Across the province of Hama about 20 percent of residents have returned to their homes from temporary accommodation facilities. We can assist many of them ourselves. But there are settlements where the scope of destruction is really large and we will need the government's support," the governor said.

Thus, in Mardes, one of the province's cities, the rehabilitation of infrastructure is well under way, with local people returning to their homes.

As soon as Mardes was liberated from militants, local authorities have rebuilt the city's school and a medical center, which was opened a week ago and has already received hundreds of patients.

In late June, the Russian center for Syrian reconciliation stated that the situation in the Syrian provinces of Hama and Homs was improving.

Damascus continues to restore populated areas and infrastructure destroyed during years of war. Particularly, the Syrian government with the assistance of Russia makes every effort to ensure the return of the Syrian refugees to their homes.